Whereas the Annie E. Casey Foundation ranked all 50 states based on how well resident children are faring in the areas of health, education and economic well-being, ChiefExecutive.net compiled its list based on the responses from 736 CEOs who were asked to name the states with the friendliest climate for businesses. Among the factors that determined a state’s favorability were low taxes and few regulations.

An interesting thing occurs when you compare these two reports. With very few exceptions, states that rank high in the “KIDS COUNT Data Book” tend to rank low in the “2013 Best & Worst States for Business.” Conversely, states that are great to do business in tend not to be great places to raise families in. The disparity is so striking, in fact, that in many cases, states that appear on one list’s top 10 appear on the other list’s bottom 10, and vice versa.

First we’ll look at the Annie E. Casey Foundation’s list of the 10 best states to be a child in, highlighted in blue. You’ll also see where the same state ranks on ChiefExecutive.net’s list, highlighted in red, along with the name and party affiliation of the governor as well as which presidential candidate the state voted for in the last two elections.

2008 Election: McCain, though Obama received one of the five electoral votes

With the exception of North Dakota and Nebraska, blue states generally rank high in terms of cultivating a system that educates, protects and cares for society’s most vulnerable citizens, children — often at the risk of driving away businesses.

Massachusetts has the greatest disparity between serving children and pleasing business leaders — a 44-point difference. On the positive side, it boasts the highest-rated educational system in the U.S. Only seven percent of its children are living in poverty and, thanks to former Republican governor Mitt Romney’s state-mandated health care plan, only two percent of its children have no health insurance. But businesses don’t like the Bay State because of its aggressive taxes and regulations.?Responding to ChiefExecutive.net’s survey, one CEO commented: “If I were designing Hell for a company, I couldn’t do as good a job as Massachusetts has.” Another noted: “We are moving out of CA, MI, MA and NY in 2013 and terminating our employees there.”

The state with the smallest disparity, North Dakota, seems to be doing something right according to both sources. The Peace Garden State is ranked #1 for economic well-being and #4 for family and community. But CEOs see the state as an up-and-comer, as it tends to stay out of the way of energy producers and the agriculture industry.

Now here’s ChiefExecutive.net’s 10 best states to do business in, highlighted in red, followed by the same state’s ranking in “KIDS COUNT Data Book,” highlighted in blue.

Governor: Bob McDonnell (R), who will be resigning soon on account of campaign ethics violations

Leaving aside Virginia, which is more of a purple state than a bastion of staunch conservatism, none on ChiefExecutive.net’s list ranks higher than #30 on Annie E. Casey Foundation’s list. Half of the states — Texas, Arizona, South Carolina, Nevada and Georgia — share the dishonor of appearing on the bottom 10 worst states for children. Regarding Texas, one CEO commented that “it has done the most to attract business. Not only taxation, but laws to limit legal liability.” Another CEO disagreed, however, writing that “Texas is consistently and vastly overrated by most surveys. The quality of workforce and living environment are inferior to many other states.”

And no wonder. It’s difficult to build a reliable workforce when education is allowed to languish, leading to some of the poorest reading and math proficiency in the country. Twenty-seven percent of Texas children live in poverty, whereas nearly a million of them do not have health insurance.

States not already mentioned that appear on the 10 worst to be a child in: California (#41), Alabama (#44), Louisiana (#46), Mississippi (#47) and New Mexico (#50). New Mexico, in fact, has just supplanted Mississippi after twenty-four years of holding the dubious title of being the most poisonous to children’s livelihood.

The results of comparing the two reports should be clear. Business leaders favor red states that promise low taxes and few regulations, whereas children tend to thrive in blue states that provide quality education and health services. As always, there are exceptions. North Dakota, one of the reddest states in the nation, has developed a unique climate that both businesses and families seem to do well in. On the other hand, California, one of the bluest states, is failing on both fronts.

What’s curious is that business leaders continue to insist that low taxes and few regulations are ideal not just for corporations but also families and, indirectly, children. David N. Willis, CEO of CRW Parts, noted in ChiefExecutive.net’s survey that ?a good state is one that understands [that] the private sector pays for the public sector.”

But if that’s the case, why do children in business-friendly red states struggle more than children in blue states? If so many businesses are flocking to Texas, Florida and North Carolina, thereby flooding their coffers with revenue that apparently “pays for the public sector,” why do they rank so low on the Annie E. Casey Foundation’s list? And if the private sector is leaving blue states such as Massachusetts, Connecticut and New Jersey, how are they still getting away with providing quality education and health care for children?

The simple answer is that red states pander to businesses at the expense of children’s welfare. Low taxes means the state has less revenue to spend on social programs, education and health care. Texas, Arizona, South Carolina and other far-right states take the approach that millionaire CEOs are more important than children and are therefore more deserving of protection and special treatment. As an added perk, CEOs reciprocate the favor and make millions of dollars worth of campaign donations to state leaders to guarantee that the status quo is maintained. Voting Republican ensures a system that benefits no one other than greedy business leaders and opportunist politicians.

Voting Democrat, on the other hand, generally produces a system that choose to ensure the educational success and livelihood of their youngest citizenry, even if that means exasperating out-of-touch CEOs. 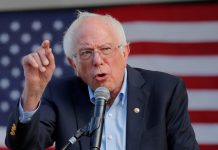 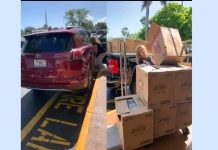