During the Values Voters Summit this past weekend, retired pediatric neurosurgeon turned Fox News contributor Dr. Ben Carson gave a speech about health care and the how precious life is. What was odd about his speech was how he seamlessly switched from opining about how the ACA (Obamacare) was the worst thing ever for personal health because each person needs control of health decisions to mocking women who want the right to govern their own health decisions.

I understand that for Dr. Carson and the audience he was addressing the concept of female bodily autonomy means nothing, but it does take a profound leap of logic to go from saying that while he was a doctor he saw rich people who would give all they had for their health and that because of this ??that’s the reason that your health should be controlled by you and not the government? to ranting about abortion. Although maybe that is the real reason the GOP fears the ACA- they think rich people won’t be able to get preference anymore, hmmm. Carson then turns around and says the following, as reported by The Raw Story:

?But when we’re talking about things that are important, life is important. And that includes the life of the unborn.?You know, there are those of us in this society who have told women that there’s a war on them because that cute little baby inside of them, they may want to get rid of it and there are people that are keeping you from doing that. And women say, ?No, no, they’re not doing that to me! No!? And they get all riled up.?

He added there was obviously not a ?war on women? because men give up their seats to pregnant women. Carson went on to insist:

?There is no war on them, the war is on their babies. Babies that cannot defend themselves. Over the past few decades, we have destroyed 55 million of them. And we have the nerve to call other societies of the past heathen.?What we need to do is re-educate the women to understand that they are the defenders of these babies.?

Protip for Dr. Carson — maybe women wouldn’t be “all riled up” if people like him and the lawmakers he supports would stop obsessing about their uteri. I am always a little nervous when people talk about “re-educating” people. In essence, he is saying American women need to be rehabilitated, that they are flawed. Just maybe women know what’s right for their bodies and their families more than Dr. Carson does.?Seriously, my vagina wants the religious right to go away.

The best part is when he explained for all us women folk listening that there is no war on women since when we are pregnant men give up ?their seats and people move out of the way. He believes pregnancy is revered, and thus this means there can’t possibly be a war on women. Yet pregnant women are routinely discriminated against on the job on top of the fact that women already earn less than men. Not to worry, ladies- as long as a man gives up his seat as you ride public transit to the unemployment office while experiencing morning sickness-am I right?

Dr. Carson mentioned societies of the past and then the US in reference to abortion as if abortion is a new thing that just started to occur since Planned Parenthood was formed. It is not. Abortion is as old as time, and as a doctor he should know that. Women have been giving themselves abortions for centuries. So for him to act as if modern abortion is some new thing is disingenuous at best.

If Dr. Carson is against abortion he doesn’t have to perform them, pay for one, or have one. 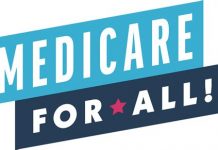 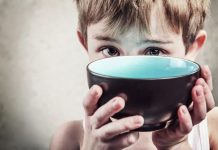