Do-it-yourself plastic surgery for those who want their bodies enhanced in some fashion but can’t afford to go to a plastic surgeon.

Sarcasm aside from the insanity of this, there are those that do feed off of people’s desire to enhance their looks in some fashion or another.

However, there are instances where it goes horribly wrong.

In the first case, a woman whom shall be known as Mary, there is no doctor to blame.?

It was a botched DIY plastic surgery.

She went online, searching for an inexpensive version of the silicone injection that her doctor gave her to smooth out a scar.

Once she found silicone, she injected her face and lips with the silicone.

Blister like areas on her face appeared, and her face became swollen.

In the end, instead of saving thousands, Mary had to pay more in medical bills than she would have had to for her plastic surgery that she wanted.

Apryl was always teased about having a flat butt as a child and young girl.

When she became an adult, she wanted to do something about it.

However, the fillers ended up costing her her arms, her legs, and the flesh around her posterior.

In 2004, a successful hairstylist, Apryl began looking to have the plastic surgery that she wanted done.

A client offered to do it for her at a reduced price.

She agreed, and went to two sessions.

She then realized how insane what she was doing was and didn’t go back for any more sessions.

But the damage had been done.

The chemicals that were injected ended up causing her to develop a staph infection that almost cost her her life in 2010.

Plastic surgery is a personal choice, to be made between that person and their doctor.

Please, I urge you, if you do decide to have anything done, go to a doctor with a well known and respectable business. ?Do not go to someone that is not a doctor, do not order stuff off of the internet, do not try and do anything like this yourself.

Or let someone do it for you that you know, unless they are a plastic surgeon that is board certified, well known, and has a respectable business. 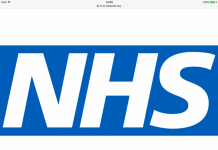