In a rare outbreak of actual journalism from Fox News, Chris Wallace put New Jersey governor Chris Christie through the wringer for his decision to cut taxes on his state’s richest residents.

On this week’s edition of “Fox News Sunday,” Christie touted that he had just signed his fifth consecutive balanced budget into law–leaving out that all but one state requires that every budget be balanced. Wallace pointed out that Christie is taking a good bit of grief for how he did it.

WALLACE: I don’t want to go too deeply into it, but you brought up the budget. You’re taking some criticism now for the financial situation in New Jersey. You decided to cut payments to pension funds and instead of raising taxes on millionaires and businesses. The credit rating for New Jersey has actually been downgraded eight times on your watch, and the polls in New Jersey show you with your lowest favorability rating since you became governor. What’s going on?

CHRISTIE: Well, first of all, Chris, you have to remember what we inherited five years ago — an $11 billion deficit budget, 10 years of consecutive tax increases at the state level. This was an awful mess. And now, what have we done? We have five balanced budgets in a row. We had $2.3 billion in tax cuts to the businesses of New Jersey, 143,000 new private sector jobs and unemployment rate that’s gone from 9.7 percent down to 6.5 percent. So, we still have work to do in New Jersey, no question. But we’ve gotten a lot of things done over the course of the last five years. I’m very proud of that record and I’m working every day to make that record even better as go forward. So, there will always be the naysayers, Chris. There will always be the critics. But I’m there getting the job done every day and I think that’s what the people of New Jersey liked about us.

During fiscal year 2014, Christie slashed pension payments by more than half, from a planned $1.6 billion to $696 million. A judge sided with Christie in a lawsuit filed by several state workers’ unions, ruling that Christie was within his rights to make the cuts due to a fiscal emergency. Christie wants to make even more drastic cuts for fiscal 2015. The state is slated to pay $2.25 billion, but Christie only wants to pay $681 million. While his arguments may have impressed the judge, they didn’t impress Standard & Poor’s, who as Wallace mentioned dropped New Jersey’s credit rating for the eighth time in Christie’s five-plus years as governor. That marks the most credit rating cuts on record for any governor in New Jersey’s history. S&P cited long-term concerns about New Jersey’s liability profile.

Want further evidence of Christie’s warped view of the economy? Last year, he vetoed a plan to increase New Jersey’s minimum wage to $8.25–not entirely surprising since he said earlier this week that he doesn’t want to hear about the minimum wage. In a stinging rebuke, New Jersey voters passed the increase in a referendum. The increase not only won, but it won big–it garnered 61 percent support, a few percentage points more than Christie got in his successful reelection bid.

Christie is being talked about as a possible presidential candidate in 2016. So far, he is still being coy about his plans, even though most polls show he’s one of the few Republicans with a realistic chance of winning. But if Fox News is willing to call out Christie for how he’s handled New Jersey’s economy, that doesn’t bode well for his chances. And that’s before we even consider if Bridgegate will sink his candidacy before it starts.

Darrell Lucus, also known as Christian Dem in NC at Daily Kos, is a radical-lefty Jesus-lover who has been blogging for change for a decade. Follow him on Twitter @DarrellLucus or connect with him on Facebook. 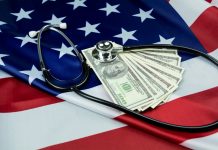 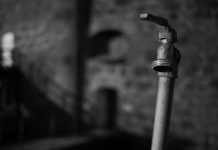