Tensions are rapidly growing in Ferguson, Missouri as the town awaits the verdict from the Grand Jury that will announce whether or not police officer Darren Wilson will be indicted for the fatal shooting of unarmed teen Michael Brown. Now, people who don’t know what they’re doing are buying guns to protect themselves, and there has been at least one instance of fatality from careless usage.

Becca Capbell, 26, fatally shot herself in the head after buying a gun to prepare for Ferguson unrest.

The shooting occurred Friday night in downtown St. Louis, the city’s Metropolitan Police Department said, in an area dominated by vacant lots beside a football stadium.

The female victim, identified in a police report as Becca Campbell, 26, was a passenger in a car involved in an auto accident. Her 33-year-old boyfriend was driving, the sources told CNN.

The boyfriend, who wasn’t identified, told police that the couple had bought a gun because of fears of unrest related to the pending grand jury decision on the shooting of Michael Brown, the sources said.

He told investigators that as they drove late Friday night, the victim waved a gun, jokingly saying the couple were ready for Ferguson, the sources said.?He ducked to get out of the way of the gun and accidentally rear-ended another car. He said the accident caused the gun to go off and she was struck by a bullet in the head, the sources said.

Becca Campbell is seen in an image below.

1. On 8/18, I took this pic of #Ferguson protester Becca Campbell arguing w a cop. Campbell was fatally shot on Fri. pic.twitter.com/coDGN29xVF

Guns, already a problem for America more generally, are becoming an increasing concern for residents and law enforcement around Ferguson. As tensions rise ? and urged on by a giddy media which can’t help but stoke the flames in pursuit of ratings boosts ? the number of scared people buying firearms to ?protect? themselves from their neighbors is skyrocketing. One Ferguson gun store owner told reporters that his sales have gone up by around 700% this month.

In a sign of just how bad it has gotten, store owners, like the one mentioned above, are now beginning to close up their shops and ship out their lethal stock so no more weapons can find their way onto the streets in the coming weeks. It’s a testament to the very real fear people feel that even the promise of large profits can’t entice gun shop owners from ignoring pleas from law enforcement and staying open for business.

Campbell was rushed to a hospital, but she reportedly died instantly. The investigation is ongoing.

Tiffany Willis is a fifth-generation Texan and the founder and editor-in-chief of Liberal America. An unapologetic member of the Christian Left, she has spent most of her career actively working with ?the least of these? and disadvantaged and oppressed populations. She’s passionate about their struggles. To stay on top of topics she discusses,?like her?Facebook page,?follow her on Twitter, or?connect with her via LinkedIn. She also has?a?grossly neglected personal blog?and a?literary quotes blog that is a labor of love. Find her somewhere and join the discussion.
h/t Jameson Parker at Addicting Info 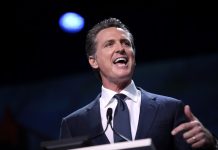 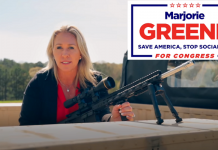