Marking the death of democracy and victory of the Christian right, the ?Religious Freedom Restoration Act? was passed by the Michigan House of Representatives, led by Speaker Jase Bolger. This law gives Christian extremists the right to discriminate against non-Christians. For example, the law allows refusing service, housing, employment, etc. on the pretext that it violates their religious freedom.

As per reports by Politicus US:

?Despite protections in the U.S. Constitution and federal and state laws, the past six years have seen an increase in religious fundamentalists claim they have theocratic authority to punish women, gays, and any American unwilling to comply with their theocratic edicts. It is apparent that Americans have no more constitutional protections from religious tyranny than unarmed African Americans have from racist cops shooting them with impunity. It is astonishing, but the extremist Christian fundamentalists are basing their punitive power on the religious freedom guarantee in the First Amendment; with Supreme Court approval.?

The most horrible clause of this law is a ?conscience clause? according to which, a Christian working in the healthcare and medicine industry can deny medical support as well as treatment to a patient on the basis of their religious beliefs.

So, according to this law, a pharmacist can deny medicines to a person from the LGBT community, a single mother or any non-religious person. A landlord can deny a tenant housing. A boss can fire his non-Christian employee and school-teacher can refuse to teach a student just because he is under the guardianship of an LGBT couple.

?I support individual liberty and I support religious freedom, I have been horrified as some have claimed that a person’s faith should only be practiced while hiding in their home or in their church.?

Such laws are not implemented in countries like Saudi Arabia, Sudan, etc. So is America leaping a couple of thousand years back in history by introducing such radical Christian philosophy? 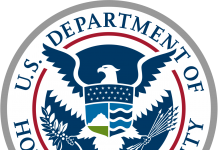