A group of inner-city middle school students will get the chance to visit Harvard and see college life up close, thanks to a crowd-sourcing effort inspired by a student at the school. Brandon Stanton, the force behind the wildly popular Humans of New York (HONY) photo blog, met and photographed a Brownsville, Brooklyn, New York eighth grader named Vidal Chastanet. Vidal’s photo and quotes were featured on the site on Jan. 20, and spurred Stanton to help out the boy’s school.

When asked who was the most influential person in his life, Vidal said, “My principal, Ms. Lopez. When we get in trouble, she doesn’t suspend us. She calls us to her office and explains to us how society was built down around us… And one time she made every student stand up, one at a time, and she told each one of us that we matter.”

Stanton was so moved by the 13-year-old boy’s answer, and by the posted responses of his readership, that he paid a visit to the child’s school, Mott Hall Bridges Middle School, MS 671 at 210 Chester St. He spoke with principal Nadia Lopez, and they came up with a crowd-funding idea to finance student trips to provide for college visits. In just three days on the Indiegogo site, Stanton helped to raise $637,000 for the school to make these trips. Some of the money will also be earmarked for summer programs for the students.

Brownsville has long had a rough image and reality. Nearly 40 percent of its population lives below the poverty line, crime has been high, and its reputation has frightened many people. In reality, the majority of residents are law-abiding and trying to get on positively with their lives.

According to the school information site InsideSchools, 82 percent of the students say their teachers inspire them to learn, 100 percent say their school offers enough programs to keep them interested, and 79 percent of the kids?say students at their school respect one another. These responses are way above the citywide average. In addition, 100 percent of the teachers would recommend this school to other parents. Although the students often have deficiencies in their academic progress, they appear to be happy here and find their educational experience to be positive.

As a veteran teacher in New York City, I know first-hand the trials and joys of teaching in such a school. A well-run, caring school in an embattled area can be a haven for these children. When I taught at a high school on Broadway and Howard Ave., not far from Mott Hall Bridges, I drove through Brownsville each day and sometimes ran into a student or two, such as Deshaun. I think of Deshaun because, despite his learning issues (he had an IEP, an Individualized Educational Plan), he was an enthusiastic young man who enjoyed social studies class. He also joined a community group called Foot Soldiers that did extensive community service. The group he belonged to was spearheaded by a man who gave the kids a lot of good activities and direction. I have seen first-hand that when impoverished students are given a chance, their lives are impacted greatly. 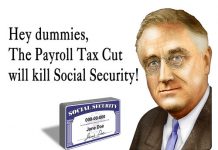