Spotsylvania County, Virginia Sheriff’s Deputy David Schmidt Jr. has resigned over charges of battery and assault which he claims are false.

A camera in an ABC store caught a customer misbehaving for which the store called the police. The man, Nathan Barton, was drunk and thus booked for being drunk in public. However, Deputy Schmildt was accused of battery and assault of Barton for mishandling him while making the arrest. The deputy calls it a false accusation.

As per the charges, Schmidt used excessive force when Nathan resisted arrest by the other deputy. The video, which was seemingly shot by a witness, is shown below:

Of what can be seen in the video, a woman recorded the incident when David pushed Nathan down to the ground and said:

?Hey! I caught that on camera. I know he’s drunk.? It was followed by a couple whimpers.

This incident reaches news hardly a day after the United Nations criticized the U.S. for police brutality and racism against blacks. It gives a clear picture of how one can expect to be treated by the police on basis of their race, because one cannot expect such leniency as a person of color. The Spotsylvania Commonwealth’s Attorney’s Office has actually charged Sheriff David with battery and assault when he didn’t seem to do anything so rough. According to court records, Barton is an anti-social element who has been convicted of anti-social behavior a number of times prior to this one.

People in Spotsylvania are finding it hard to believe that it happened. Andre Powell said:

“Right now [there is] just too much nonsense going on. I can’t believe that that happened right here.”

“I don’t like to speculate unless I know for sure… exactly what took place.”

The deputy has been a part of the police department for 15 years. 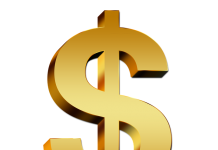