As an ideal example of rape culture, slut shaming and victim blaming, Jill and Jessa Duggar, Josh Duggar’s victim sisters defended their brother on an interview with Fox New’s Megyn Kelly. Here are their statements followed by a few questions they should be asked with regard to their statements.

Question 1: Why wasn’t he a molester? Doesn?t his act fit the definition of molestation?

It was fine since he was young and na?ve: Jessa added, ?young boy in puberty who was a little too curious about girls. That got him into trouble and he made some bad choices?.

Question 2: So, a sex offender should be spared if he is young because one needs to be ?curious? about girls and explore their bodies even if it’s without consent. It can be counted as an offense only when he is an adult, but not when he’s a minor. Am I right?

Their parents did a great job settling out the matter as a family issue: Jill Duggar said, “Being a mother now, I look back and I realize my parents did such an amazing job for me. Even when we went through the DHS investigation, they? (DHS) complimented my parents on what an amazing job they did during that process.” This statement was after Michelle Duggar said that she preferred to resolve it as a family issue.

Question 3: Do you mean to say non-consensual incest should be dealt with as a family issue not as a legal one? A family matter, meaning ? the world should not be involved or know about the perpetrators actions?

The media asking about the case was the real problem: Jessa Duggar said, “When we were doing the DHS investigation and they’re asking you to tell your story ? It’s one thing to tell Mom and Dad ? but when a complete stranger says, ?Tell us your story,? it’s different,?.

Question 4: Do you mean incest, molestation, pedophilia, etc. aren’t as bad as exposing the perpetrator to an investigation, by the authorities or media?

Oops! She answered the question asked above: “Our case is very mild, compared to what happens to some.” Clarified Jessa. Well! She is right. Her case wasn’t the worst. We can find something worse in just about any given situation, if we try.

Question 5: Why shouldn’t you consider incest and molestation to be serious issues? I mean you called it ‘mild.’ Is there a qualitative aspect to any form of child molestation? Can it be mild?

Molesting sisters and then boasting of strong Christian values is not hypocrisy: Jessa said, “If you had failures in your past, it doesn’t mean you can’t be changed,” when asked if she thinks Josh was a hypocrite by protesting against a liberal- the LGBT community, specifically.

Question 6: Do you know the meaning of the word ‘hypocrisy’?

The media shaming of Josh was where the real victimization occurred, not him molesting his sisters: Jessa said, “I see it as a revictimization that’s 1,000 times worse,” when asked about how she feels after the incident became public.

Question 7: Do you mean then to suggest that slut shaming is 1000 times more victimizing than the sexual offense itself?

Josh is not a sex offender since he has been forgiven: A last one from Jessa, “This was something that’s already been dealt with. We’ve already forgiven Josh. We’ve moved on.”. As happens in most cases, you are a rapist if the victim feels she has been raped and files a complaint even if your act fits in the legal definition of rape.

No questions on this one. Just utter disbelief. 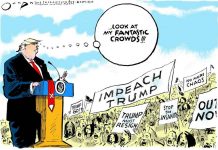