Anyone who thinks Ben Carson is a viable alternative to Donald Trump should consider how uninformed he is on science and history. Well, Buzzfeed recently found an example of how uninformed the good doctor is. Apparently Carson thinks that the pyramids were used for–wait for it–grain storage!

Carson was the speaker at the 1998 commencement for Andrews University, the flagship university of Carson’s Seventh-Day Adventist Church. He told the graduates that God is “the original big thinker,” so we shouldn’t put strings on what we’re able to do. As an example, he offered Joseph–and suggested the pyramids were an example of Joseph’s big thinking. He then claimed that Joseph built the pyramids as grain storage facilities.

Don’t take my word for it, folks. See for yourself. Carson’s take on the pyramids began at around the 3:45 mark.

As Carson sees it, the many “hermetically sealed” areas in the pyramids are further proof that Joseph built them so Egypt could have enough grain in storage to last through a famine. But again, what proof does he offer of this? None beyond “my own personal theory.” Um, Ben? Extraordinary claims require extraordinary evidence–and you don’t even begin to provide such evidence. If he’d made such an argument while defending his doctoral dissertation at Michigan, he’d have been laughed out of the room.

This video was uploaded in 2012–well before Carson even thought about running for president. However, had we known about this before today, it’s not likely that we’d be surprised about a bizarre speech Carson gave in October. In that speech, Carson showed breathtaking ignorance about climate change, evolution, and gravity.

Do you want a president who simply expects us to take his word for it on science, rather than give actual evidence to support his claims? I certainly don’t. This video is yet more proof that Carson was already throwing away his legacy as one of the greatest surgeons this country has ever produced long before he became a water-carrier for the far right. 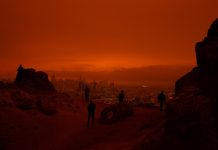 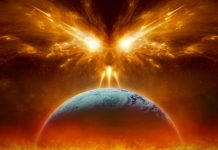