In a reminder that there are still good souls in this world, a cancer patient by the name of Daniel Fleetwood was granted one of his final wishes to see the upcoming Star Wars movie before it hit theaters. Fleetwood was a lifelong Star Wars fan, but was informed by doctors on September 1st that he likely only had one to two months left to live. His cancer (a rare cancer of the connective tissues) was extremely aggressive and was spreading quickly.

His family brought him home from the hospital so that they could cherish each moment they had remaining. Fleetwood had hoped to make it to see the new Star Wars film in December, but the odds were not in his favor. His inventive wife, Ashley, decided to launch a social media campaign called #ForceForDaniel with an appeal to Lucasfilms, Disney, and director JJ Abrams to allow Fleetwood to screen the movie before he died.

On November 5th, Fleetwood was granted his wish and was brought an unfinished cut of the film and received a personal phone call from JJ Abrams. He told reports at his local local news channel KPRC-TV that he loved Star Wars “with everything I’ve got.”

In a Facebook post, his wife Ashley thanked all of those who helped make this dream a reality. She said on November 5th, “To all our wonderful supporters, friends, family and awesome strangers: Daniels final dream was just granted!!! Today the wonderful Disney and Lucasfilms made his final dream come true, in the amazing typical Disney way, they really do make dreams come true!”

It was a fantastic moment for Daniel and his loved ones and I hope that it brings his family joy for years to come.

Sadly, Daniel Fleetwood lost his battle to cancer this morning at around midnight.

If you would like to help his family with their medical and other expenses, you can donate via their GoFundMe page. 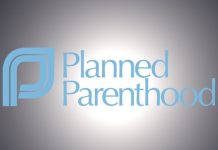