According to McDonald’s CEO Steve Easterbrook, implementation of a $15 minimum wage would not lead to McDonald’s employees being replaced by robots. The current jobs being performed by them will likely be replaced as the technology becomes more available, but Mr. Easterbrook believes that their new focus on service will provide more human jobs outside the kitchen.

“I don’t see it being a risk to job elimination. Ultimately we’re in the service business. We will always have an important human element.”

Per Fortune.com, Easterbrook believes the addition of robots would ultimately lead to a gradual transition of employees into more service-oriented roles in the dining rooms.

While McDonald’s employees across the nation continue to push for a $15 starting wage, McDonald’s has at least taken steps in that direction, raising their starting wage to just under $10 per hour. Unfortunately this is only for corporate-owned restaurants, which covers just 10 percent of the restaurants in the U.S. The remaining are franchise restaurants with private ownership, which means the corporate wage increase does not apply to them.

However, the importance of the corporate direction should not be understated. In a situation where a robot may be able to perform a job in the kitchen, franchises will likely follow the lead of the corporation and use the opportunity to provide a higher level of service from human employees.


McDonald’s employees continue to push on in the “Fight for 15” movement, but possibly more important than the monetary increase in pay is the other goal they seek, which is to be able to unionize. In fact, being able to bargain collectively would be a powerful first step in negotiations over starting pay.

As this fight continues, we will all likely continue to hear about greedy burger flippers wanting too much money, but the reality is that worker pay has increased at such an extremely low rate compared to productivity increases over the past half-century. At the same time, CEO and executive pay has skyrocketed. When employee wages are stagnant but the CEO’s salary triples, it’s not too difficult to do the math. 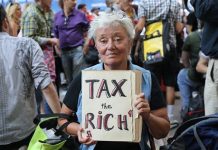 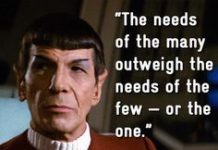