It seems the Trump name is in a legal battle once again, but this time Ivanka is the Trump under scrutiny. Aquazzura, an Italian fashion company founded by designer Edgardo Osorio, has filed a lawsuit against Ivanka Trump and her business partner Marc Fisher.

The lawsuit is for allegedly knocking off some of Aquazzura’s most famous shoe designs. The lawsuit also accuses Ivanka’s company of:

“Seeking the same success Aquazzura experienced, but without having to put in the hard creative work.”

Ivanka Trump and Marc Fisher started the shoe and handbag specialty in 2010, just three years after launching her jewelry collection. Her website attempts to draw in the “working woman” in all areas of their lives. Ivanka’s website states:

“ It’s a celebration of women working at all aspects of their lives. Women who transition between their various roles in professional and personal capacities: building careers, raising children, nurturing relationships and pursuing passions.”

For a company boasting hard working successful women, it seems a little hypocritical to be stealing other designer’s ideas and selling them as their own.

One of the highlighted designs in Osorio’s celebrated collection is named “Wild Thing,” and looks suspiciously similar to Ivanka’s “Hettie” sandal. The picture below shows both sandals side by side, Ivanka’s sandal looking almost identical to Aquazzura’s.

“Wild Thing” is not the only shoe that looks as if it was pulled directly from Aquazzura’s shelves. Trump’s “Teagin Pointy Toe Pump” and “Necilia” seem to be exact replicas of two of Osorio’s other best selling shoes.

Aquazzura is currently seeking to put a stop to Ivanka’s production of these products. Even a portion of the profits that she has generated from the sale of the shoes in question. Marc Fisher’s attorney finds the claims baseless and blames the similarity of the shoes on changing fashion trends.

They plan on vigorously defending their position and their product line in court.

Meanwhile, Aquazzura boasts sales for their most popular lines while watching celebrities such as Solange Knowles and Kendall Jenner pair Osorio’s creations with this seasons hottest trends.

Here is a copy of the entire lawsuit as reported by BuzzFeed. 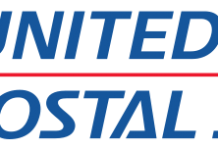