It looks like our banking industry will soon have an “Uber moment,” meaning it is about to be rocked by technology, and that will likely do away with your bank on the corner.

As The Washington Post reported, that was the opinion of former Barclays chief executive Antony Jenkins, and he’s not the only one:

“In a recent report, analysts with Citi said they agreed with Jenkins’s view that the number of bank branches could be cut in half over the next decade. A separate survey from Accenture, the management consulting company, shows why: Shifting consumer behavior.”

“We believe the consumer banks in the US and Europe are at a tipping point,’ wrote the authors of the Citi report, which was published late last month.”

If losing your neighborhood bank branch doesn’t matter to you, you’re part of a trend: A growing number of customers care more about a bank’s internet services than interacting with a teller.

It’s not just Americans, either. In June 2015, The Guardian reported that bank branch use fell six-percent the previous year as banking habits migrated to online and mobile transactions:

The Washington Post notes that the changes will vary, depending on geography. Generally speaking, that means it’s the developed countries whose bank branches are disappearing.

So, if you can’t stand the thought of life without tellers and in-person banking, you could consider moving to Latin America or the Caribbean. The number of branches there rose 26-percent per capita from 2004-2014. 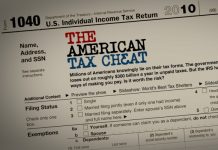