When Donald Trump suggested he’d like Russia to hack Hillary Clinton’s server for emails, he wasn’t just being anti-American and offensive, he may well have committed an illegal act. So says top-ranking Senator Claire McCaskill (D-MO).

In case you missed it, here’s what Trump said that has shocked consciences on both sides of the aisle:

“Russia, if you are listening, I hope you are able to find the 30,000 [Hillary Clinton] emails that are missing. I think you’ll be rewarded mightily by our press.”

McCaskill, a high-ranking Democrat on both the Armed Services and Homeland Security committees, thinks Trump’s comment went beyond despicable and unforgivable.

“It’s very clear to me that Donald Trump is unfit, and frankly I think he’s dangerous. I believe that there’s a chance he violated the law with what he said, inviting a cyberattack of Russia – a dictator who has violated all of our principles of liberty and freedom in Russia. The notion he would invite a foreign nation to conduct and attack against our country, it’s just beyond the pale. And I believe it violates the Logan Act, and I think he should be investigated for that.”

If you’re wondering what the heck the Logan Act is, the Washington Post has a good explanation. In short, it’s an act that was passed more than 200 years ago after one George Logan “freelanced” to broker a truce between the U.S. and France in 1798.

The Washington Post broke it down in layman’s terms (but you can read the full legalese here):

The Washingtonian spoke to legal experts who disagree on whether Trump actually broke the law with his comments. That publication also points out that nobody has ever been convicted of violating the act.

However, Trump’s ties to Russia go far deeper and are of far more concern than this one remark. The Guardian has detailed a complex web of associations between Trump and Moscow that remain ambiguous – and could be made clearer if Trump releases his tax returns. As my Liberal America colleague Karen Shiebler put it, much of Trump’s money “leads to Moscow.”

And then there’s Trump’s threat not to defend our allies against Russia, as per our NATO treaty.

McCaskill found that of a piece with the hacking remarks, which Trump supporters tried to defend as a joke. McCaskill said:

“I don’t think it was a joke at all. It certainly wasn’t a joke when he said he’d pull the plug on NATO if he were president and, by the way, that had Putin dancing in the halls.”

So whether or not Donald Trump violated any laws, his ties to Russia definitely warrant further scrutiny.

Watch McCaskill discuss her belief that Trump should be formally investigated, below, via YouTube. 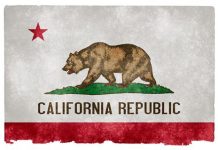 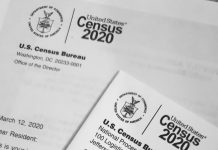