Christianity has commingled with secular institutions throughout American history. For decades, that special privilege allowed practitioners of Christianity near unfettered access to public education. According to Pew Research, Christian influence has waned in America while religious pluralism and the numbers of “nones” has risen.

With that shift toward greater religious tolerance, Christianity has been forced out of its former catbird seat.

As always, with the marching orders of the Great Commission, Christianity is resourceful.

The religion found new, innovative, and most importantly, Constitutional thanks to the work of the pro-Christian group the Liberty Counsel, ways to maintain its influence in public schools. These primarily took the form of “after school” clubs and programs such as the Fellowship of Christian Athletes and Good News Clubs.

Alas, once the door is opened to one religion, it must be opened to all. Enter the Satanic Temple.

According to the Washington Post, the folks at the New York based “church” are today, rolling out to elementary schools in select states, the After School Satan Club.  From the club’s website, www.AfterSchoolSatan.com, the central purpose is as follows:

“All After School Satan Clubs are based upon a uniform syllabus that emphasizes a scientific, rationalist, non-superstitious world view.”

According to the site, this mission stands in stark contrast to current evangelical Christian clubs:

“While the twisted Evangelical teachings of The Good News Clubs ‘robs children of the innocence and enjoyment of childhood, replacing them with a negative self image, preoccupation with sin, fear of Hell, and aversion to critical thinking,’ After School Satan Clubs incorporate games, projects, and thinking exercises that help children understand how we know what we know about our world and our universe.”

Satanic Temple spokesperson Doug Mesner, who also goes by the professional name Lucien Greaves, said in an interview with the Washington Post:

“It’s critical that children understand that there are multiple perspectives on all issues, and that they have a choice in how they think.”

It should also be noted that the Satanic Temple doesn’t actually worship a supernatural deity named Satan. Greaves explained it this way:

“Satan is just a ‘metaphorical construct’ intended to represent the rejection of all forms of tyranny over the human mind.”

The organization would prefer all religious indoctrination be removed from public education, but as that is not the current legal interpretation of the First Amendment, look for an After School Satan Club to be started in an elementary school near you. 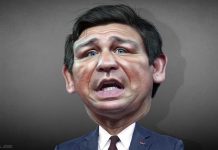