FBI Director James Comey recently said in an interview that everyone should be keeping their webcams covered. He said it is one of the “sensible things” people can do to protect their privacy.

Security experts say that if internet hackers gain access to your laptop or desktop, they could use the webcam of your computer to spy on you. Leaked documents have suggested that governments, including the US government, have used this method to collect information.

Covering your webcam may, at first glance, seem like something only paranoid people do. But James Comey is not the first person to admit he does it. Photos have revealed that Facebook CEO Mark Zuckerberg keeps both his webcam and microphone covered with pieces of tape. Edward Snowden has also warned us that people possess the technology to spy on others via webcams.

An online privacy company called Hide My Ass! recently announced it would soon start selling computer accessories which are designed to cover webcams. Comey said in his interview that everyone in his office has some kind of webcam cover.

If you think you would know someone hacked into your webcam because the little green light would turn on, be aware that internet hackers have successfully circumvented that feature.

One man, Luis Mijangos, was prosecuted for spying on more than 200 women through their webcams, and blackmailing some of them. Hackers can also use webcams to take pictures and videos you, which they can use for blackmail. Mijangos is currently serving six years in prison. 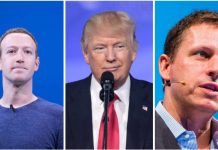