John Goodenough, the 94-year-old inventor of the lithium-ion battery, has made more progress in the field. He has created a glass battery that charges within minutes instead of hours.

The new battery is also more powerful, lasts longer, and it won’t catch fire. It can be used in a wide range of temperatures. He also thinks that he may be able to replace the lithium with the more-abundant sodium in the future.

One report from IEEE Spectrum said:

“Moreover, says lithium-glass battery codeveloper Maria Helena Braga, a visiting research fellow at UT Austin and engineering professor at the University of Porto in Portugal, the glass battery charges in ‘minutes rather than hours.’ This, she says, is because the lithium- or sodium-doped glass endows the battery with a far greater capacity to store energy in the electric field. So, the battery can, in this sense, behave a little more like a lightning-fast supercapacitor. (In technical terms, the battery’s glass electrolyte endows it with a higher so-called dielectric constant than the volatile organic liquid electrolyte in a lithium-ion battery.)”

How Do Lithium-Ion Batteries Work And How Are These Different?

Lithium-ion batteries are powerful and useful, but they have been in the news lately because they can sometimes burst into flames. They are much lighter than other batteries because they are made of the lightweight lithium and carbon. They have their own circuit within the tiny cell. The lithium ions move, which creates the power.

The metal case on these batteries holds inside it:

Because the new batteries use glass, they won’t heat up like lithium ion batteries do. This keeps the battery from forming tiny whisker-like pieces of lithium called dendrites, which can catch fire in rare cases.

This also keeps the battery from short-circuiting. Let’s hope this technology can work better and keep us safer. 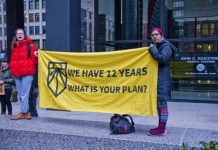