The Troubles began in the late 1960s and is usually thought to have ended in 1998. The root of the problem, however, stretches back centuries, not decades.

In 1534, Parliament passed the Act of Supremacy, a law that made Henry VII the Supreme Head of the Church. This break from Rome set in motion events that would lead to centuries of sectarian conflict. It led to a populist shift towards Protestantism.

Some of the successive monarchs, however, tended to prefer to follow the older, Papist teachings.

Much blood was shed.

It all came to a head in 1688 when the openly Catholic James II (James Stuart) was deposed. This Glorious Revolution saw Parliament invite the Protestant William of Orange a Dutch Prince to reign as William III. His claim to the throne was via his marriage to Jame’s daughter, Mary Stuart.

The couple, however, produced no heirs.

In 1701, the English Parliament sought to end the conflict once and for all by passing the Act of Settlement. Mary’s already middle-aged sister Anne would reign as Queen next, but upon her death, the crown would pass to the next Protestant in line.

All that was left was to convince Scotland.

Both countries had — since 1603 — shared the same monarch, but in Scotland, a Jacobite faction — that supported the claims of James II and his heirs– dominated the political landscape. Only a true political union could settle the matter.

In 1707 England and Scotland joined together as a single entity via the Act of Union and the Kingdom of Great Britain was born.

Meanwhile, in Ireland, tensions had been rising.

English power over the Ireland had been established as early as the 12th century but its political hold had waxed and waned with the passage of time. All that changed in 1603 when the entire country came under the control of the English King James I.

In 1607, English and Scottish settlers were given a huge swathe of land in Ireland. Known as the Plantation of Ulster, the land had been eschewed from the native– predominately Catholic Irish population. They were less than pleased. A 1668 uprising known as the ‘Williamite War’ saw the deposed James II hoping to find support in Ireland. With French help, he made a play to reclaim all three of his kingdoms. He failed.

After a mostly indecisive clash known as the Battle of the Boyne, his nerve cracked. He fled back to France earning him the name Séamus an Chaca or ‘James the Shit’ for those of us who don’t speak Gaelic.

His ignominious defeat settled the issue.

In 1801, a second Act of Union came into being, only this time it abolished the Irish Parliament. Great Britain became the United Kingdom. In 1829, the Emancipation Act was passed. Prior to this date, the law forbade Catholics from holding public office. It was discriminatory enough in England, but in Ireland — where the Catholic population stood at around 75 percent –it was beyond intolerable.

Despite the relaxation of such prejudices, sectarian violence continued unabated. By the 1870s much of the Irish population was split into two camps. The Protestants resisted anything that even smelled like independence, the Catholics took the opposite view.

Three attempts at granting devolved powers to an Irish parliament were made. The first of these ‘Home Rule’ Bills was defeated in the House of Commons in 1886. The second in 1893 was vetoed by the House of Lords.

Still, a third attempt at reform was inevitable.

In 1912, a paramilitary organization known as the Ulster Volunteer Force (UVF) was set up to resist home rule. A third Home Rule Act had passed in 1914 but the onset of WWI led to the suspension of its implementation.

All this proved too much for certain ultra-nationalists. In 1916– during the week of Easter — an armed insurrection led by an organization called the Irish Volunteers took place in Dublin. Dubbed the Easter Rising — for obvious, reasons — the proclamation of an Irish Republic was short-lived. After six days of fierce street fighting the British Army brutally suppress the rebellion. Thousands of Irish nationals — many who had nothing to do with the uprising — were arrested. Fifteen supposed ringleaders were executed by firing squad before the month of May was out.

As WWI came to a close the suspension of the Home Rule Act was lifted. In the election that followed, the separatist Sinn Féin party won a majority and almost immediately declared independence. Between 1919 and 1921 — in what would come to be known as the Irish War of Independence — war broke out between British security forces and a new organization, the Irish Republican Army (IRA).

A fourth Home Rule Act was passed in 1920. This time Ireland was formally partitioned. In the south, Ireland transitioned from devolved government to a fully independent republic. Meanwhile, Northern Ireland –amidst accusations of gerrymandering — opted to remain a full member of the U.K.

The IRA’s stretched across both sides of the border but met with little initial success in Ulster. A series of riots and paramilitary actions that occurred between 1922 and 1961 did not enjoy broad popular support among nationalists. By 1962 the IRA had called off its campaign. The cease-fire lasted six years. The renewed violence lasted thirty.

In 1968 civil rights activity increased. There was little that was radical about their demands. They sought an end to Catholic discrimination on matters of housing allocation and, the removal of the unfair gerrymandering that gave Unionists great advantage.

Unionist fears that such measures would tip the tide of political favor created a cascade of ever-increasing tension on both sides of the political and sectarian divide. Riots, marches, and dissent dominated the last years of the 1960s and by 1969, British troops had been deployed on the streets of Belfast and Derry. The political violence escalated; in 1972 the annual death toll peaked. On January 30th the British Army shot down 14 unarmed civilians in what became known as Bloody Sunday. In total, close to 500 people –half of them civilians — lost their lives that year.

An attempted peace was brokered. Known as the Sunningdale Agreement, it allowed for power sharing between both the unionists and the nationalists with a new, Northern Ireland Assembly. It was far from an unbridled success.

The Unionist Workers Council called for a General Strike. Three days into it –on 17 May 1974 –two UVF teams detonated three bombs in the heart of Dublin. Moments later, a fourth bomb went off in Monaghan.

Thirty-three people lost their lives and over three hundred were injured.

The patterns of violence continued unabated. Between 1969 and 1998 over 10,000 bomb attacks took place. Both the UVF and IRA resorted to such tactics. It is estimated that 107,000 people in Northern Ireland suffered some physical injury and over 3,600 people lost their lives.

Peace initiatives and cease-fires had been features of the Troubles since the 1980s. On Wednesday, December 15, 1993, Prime Minister John Major issued what became known as the Downing Street Declaration.

The Declaration represented a serious offer to broker a peace between the two sides but came with an all-important caveat. Both Unionists and Nationalists had to agree that a united Ireland could only be brought about via peaceful means. Paramilitary violence from either quarter had to end.

And it did. (More after the jump.)

By the time the Good Friday Agreement was signed on April 10, 1998, John Major had been replaced as Prime Minister by Tony Blair. The agreement – backed by referendums in both Ireland and Northern Ireland — was familiar fare. The agreement was in fact so similar to the peace brokered in 1973 that some dubbed it ‘Sunningdale for slow learners.’

The Republic of Ireland recognized Northern Ireland as being part of the United Kingdom, contingent upon the consent of majorities in favor of unification from the people of both north and south. the question then, could only be settled by joint referendum.

For almost 20, the peace held.

Today it is on the brink of collapse. Find out why in Part 3 of this series.

If you can’t wait for Part 3, check out this video for more basic information about “The Troubles“:

Is the Republican Party About to Go the Way of the Whigs? (Video) 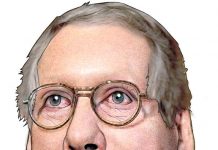 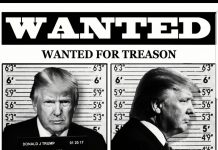