Under Obamacare, drug abuse treatment became more widely available. According to one report, the percentage of people without insurance who suffered from addiction or mental health issues dropped by about a quarter between 2011 and 2014. Progress toward getting more addicts into treatment centers was slow but steady.

The Republicans’ rollback of Obamacare puts those gains at risk. In an op-ed published on The Hill earlier this month, Tom McLellan and Paul Samuels – former Deputy Director of the White House Office on National Drug Control Policy and the President and Director of the Legal Action Center, respectively – wrote:

“Should the [House version of the AHCA] become law, it would cripple the national response to the opioid epidemic by ending the Medicaid expansion, cutting $880 billion in federal Medicaid funds, and radically changing the structure of the program through federal funding caps. The impact would be widespread and devastating.”

The House version of the AHCA underwent few significant changes after passing to the Senate for review and revision. According to Richard Frank, a Harvard health economist, it would cost $183 billion over 10 years to effectively fight America’s opioid epidemic and the secondary health impacts (like HIV and hepatitis C) that it entails. But the Senate bill pledges just $2 billion for one year, 2018, to support mental health and substance abuse treatment. Frank called the funding pledge “a joke.”

The sad irony in all this is that the states that are most affected by the opioid epidemic are largely Republican. But the GOP has spent eight years promising to “repeal and replace” Obamacare and don’t know how to step back from the cliff. The Senate is expected to vote on the bill sometimes after the Independence Day holiday break. 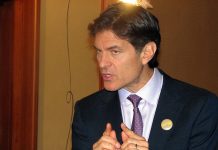