It’s been said that kids can always sniff out someone trying to pull a fast one. One of the most beautiful examples of this in recent memory comes from Broomfield, Colorado; a suburb of Denver. A Republican state senator got more than what she bargained for when she dropped by a local Cub Scout den. One of the boys ran her all over the room with tough questions about gun control and her racially-charged comments about blacks on welfare. Unfortunately, that got this brave little boy kicked out of his den.

Last week, Vicki Marble, who represents Broomfield in the state senate, dropped by the den for a question-and-answer session. The boys asked her some very perceptive questions about topics such as fossil fuels, fracking, and Donald Trump’s proposed border wall.

Ames asked Marble about remarks she made in 2013 about minorities’ eating habits. He was stunned that Marble suggested blacks weren’t as healthy as whites because of “all the chicken and barbecue they eat.”

Marble claimed that it was made up by the media. But this recording says otherwise.

Marble said that sickle-cell anemia and diabetes both ran rampant among blacks, and appeared to imply that she’d “never had better barbecue and better chicken” than she’d had when she’d gone on trips down south. She also mused that Mexican immigrants’ eating habits take a turn for the worse when they move here, since they don’t get as many vegetables.

Marble was kicked up, down, and sideways on both sides of the aisle. State senator Rhonda Fields, a Democrat from Aurora, wasted little time calling her out for her “racist and insensitive comments.” Even her fellow Republicans distanced themselves from her; former state party chairman Ryan Call called the statement “careless,” while the Republican-leaning blog Colorado Peak Politics named Marble the newest member of the “legislative moron caucus.”

Ames also raked Marble over the coals for her sponsorship of a bill that would have let domestic violence offenders get gun licenses. His mother captured that moment as well; watch here.

Ames asked what seemed to be a sensible question:

“Why on earth would you want someone who beats their wife to have access to a gun?”

At that point, Ames’ den leader cut him off. A few days later, Ames was told that he was being kicked out of his den. Watch coverage from KMGH-TV in Denver here.

Lori said that Ames got a lot of praise for those questions, which made it hard for her to understand why he got pushed out of his den. It was especially hard for Ames because he was just three months away from moving up to the Boy Scouts.

Ames and Lori talked further about the incident with KUSA in Denver on Thursday night. Watch here.

Lori said that on Saturday, five days after the meeting, Ames’ pack leader told her that Ames was more than welcome to stay in the pack, but just needed to find a new den. She found it hard to understand, since she didn’t see how a question about gun control was “that different” from asking questions about fracking and fossil fuels. She also said that Ames himself wrote the questions; all she did was help him with the computer. Ames was “heartbroken” by this decision, since he thought he had a really good relationship with the den leader.

To their credit, the Boy Scouts’ Denver Area Council worked to find Ames another den. However, none of the other dens in Ames’ pack fit his schedule. They eventually found another den through their church, and are hoping that it can work out.

Kyle Clark and Marshall Zelinger of KUSA initially thought this was another case of a parent using a child as a pawn. However, they soon got the impression that, as Clark put it, “the kid is really into this stuff.” Zellinger added that Ames is the student body treasurer at his school, and treated this session “like a research paper.” Small wonder that Clark felt that Ames deserved “a merit badge” for being “the adult in the room.”

I look at Ames, and I see myself at his age. The way he’s willing to think through these issues is nothing short of inspirational. Clark is right–this kid deserves a medal. We need more kids like him. 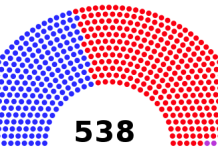 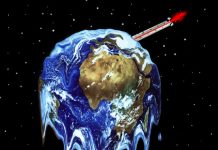 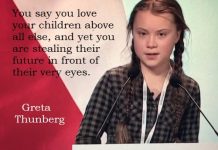