Over the years, Fox News Channel has given us a lot of reasons to wonder where its standards are–or if it even has any standards at all.

For instance, in 2008, a chyron operator called Michelle Obama a “baby mama.” In 2013, Eric Bolling suggested the firing of Rutgers basketball coach Mike Price for throwing basketballs at his players was an act of “wussification,” and Sean Hannity thought that Rice was merely trying to bring out more from his players.

In 2014, the fair and balanced network cut away from a joint press conference with then-President Obama and German Chancellor Angela Merkel when it was obvious that no one was asking about Benghazi. Later in 2014, it suggested that 911 operators should hang non-English speakers out to dry. In 2015, when Jimmy Carter learned his liver cancer was spreading, the official Fox News Twitter account cracked that the country was in an even bigger malaise than it was under his presidency. Most recently, when Lindsey Vonn injured her back at skiing’s World Cup, Fox News mused she was being punished for daring to say she wasn’t competing for Trump.

Well, it turns out that Fox News has some standards after all. Earlier this week, one of the top executives in its newsroom penned an online column in which he wrung his hands about how the United States Olympic Team was trumpeting its diversity. Following a firestorm of criticism, Fox News was forced to delete the column and apologize.

The United States Olympic Committee claims that the team it sent to Pyeongchang is the most diverse team this country has ever sent to an Olympic competition. On Wednesday, Fox News executive vice president and executive editor John Moody let it be known that he was not pleased about this development.

He wondered if the team was selected “because they’re the best publicity for our current obsession with having one each from Column A, B and C” rather than because they’re the best this country has to offer. Moody suggested that the USOC was trying to change the Olympic motto from “Faster, Higher, Stronger” to “Darker, Gayer, Different.”

The column started gaining attention on Thursday. Over the next two days, Moody and Fox News were relentlessly pilloried on Twitter.

This is the dumbest thing I've read in ages, and these are the dumbest ages: In Olympics, let's focus on the winner of the race — not the race of the winner https://t.co/jj0kIiEr21 #FoxNews

This is the real lede of a real column by the executive editor of Fox News. Its transformation into a profitable version of Breitbart appears complete. https://t.co/ls3fc5REJu pic.twitter.com/vHSUHSqEXy

As the world celebrates the peaceful global festival of #Pyeonchang2018 the gold medal for tone deafness goes to this columnist for a screed about ?? team. https://t.co/LjtXBIp6zn

Oh, hey, it’s the executive editor and executive vice president of Fox News saying the United States should embarrassed by the diversity of its Olympic athletes.https://t.co/6wU4LjUTNS pic.twitter.com/B7DDWNuc0o

Three prominent LGBT rights organizations blasted the column as a hit piece. Sarah Kate Ellis of GLAAD accused Moody of targeting athletes with homophobia “at what should be the proudest moment of their lives.” Stephen Peters of the Human Rights Campaign knocked down any suggestion that the USOC had quotas for nonwhite and LGBT athletes, and called Moody’s suggestion that there were quotas “insulting, repugnant, and dismissive of a lifetime of hard work.” Catherine Sakimura of the National Center for Lesbian Rights blasted the column’s “racist and homophobic sentiment.”

By Friday night, Fox News realized it had stepped in it and deleted the column. In a statement, network officials said that Moody’s column “did not reflect the views and values of Fox News.”

A network insider told The Hollywood Reporter that Moody’s column didn’t go through the network’s usual vetting process because of Moody’s status at the network, as well as his experience. Moody has been at Fox News since the network’s launch in 1996, and was once one of Roger Ailes’ top lieutenants. Although he no longer has any editorial oversight, he once had significant influence in shaping news coverage.

Frankly, given Moody’s past history, it’s a surprise that this column wasn’t properly vetted. He frequently circulated memos encouraging reporters to slant their coverage rightward, and was pilloried for hyping Ashley Todd’s attempt to claim she’d been mugged by an Obama supporter.

So Fox News, at least for once, tried to act like an actual news organization. But the fact that this kind of garbage can get through when it’s written by a senior executive proves that, at bottom, it’s still a Republican agitprop shop. 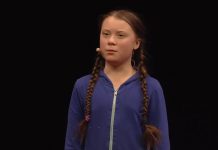