When the history books are written about the horrific Valentine’s Day shooting at Marjory Stoneman Douglas High School in Parkland, Florida, it’s a safe bet that a lot of ink will be devoted to how the survivors went toe-to-toe some of America’s most prominent conservatives. And with few exceptions, the right-wingers have been the first to blink.

We got another example of this on Thursday. Fox News’ Laura Ingraham was all but forced to apologize after she publicly rejoiced at Stoneman Douglas survivor David Hogg being rejected by several universities.

On Tuesday, Hogg told TMZ that he’d been rejected by four schools in his native California–including UCLA. Watch here.

Hogg has a 4.2 GPA and an SAT score of 1270–and yet, it still wasn’t enough. He hasn’t had much time to be disappointed, though, since “we’re changing the world.”

When Ingraham saw the video on Wednesday morning, she decided to take a victory lap.

David Hogg Rejected By Four Colleges To Which He Applied and whines about it. (Dinged by UCLA with a 4.1 GPA…totally predictable given acceptance rates.) https://t.co/wflA4hWHXY

Excuse me, Laura? Are we watching the same video? It didn’t sound like Hogg was whining at all. TMZ founder Harvey Levin was wondering the same thing.

@IngrahamAngle David was not whining. I called him about the story. He was not feeling sorry for himself in the slightest. It was my idea that colleges should consider applicants who are so committed. Did you watch the video???

Twitter saw this for what it was–yet another case of a right-winger bullying a mass shooting survivor.

Are you really picking on a teenager who just watched his classmates die in pools of their own blood less than two months ago?

You are a scumbag!!!! How do you sleep at night dirtball?

Aren't you a Mom? And you think it's ok to attack kids who've survived a massacre? From one Mom to another, @IngrahamAngle … this is not ok.

Laura Ingraham either didn't read or chose to ignore the end of the article she posted along with her bullying.

Hogg didn’t take this lying down. He decided to hit Ingraham where it hurts–in her wallet.

Soooo @IngrahamAngle what are your biggest advertisers … Asking for a friend. #BoycottIngramAdverts

He culled a list of the biggest advertisers on “The Ingraham Angle,” and urged his followers to pester them.

Pick a number 1-12 contact the company next to that #

It’s not the first time that Hogg and his friends have thrown down the gauntlet to the right. On the one-month anniversary of the shooting, Hogg posted a Twitter video in the style of the NRA’s infamous dark-themed commentaries.

#WhatIf we could go to school without fearing for our lives? Join us on March 24th and visit https://t.co/SrCltJsrBH #NeverAgain pic.twitter.com/iXmCNFOrVj

“What if our politicians weren’t the bitch of the NRA?”
“What if we all voted and said, ‘This is NOT okay’?”
“What if we stood up as Americans, and fought for our freedom and our childrens’ lives?”

Hogg was apparently taking notes from fellow survivor Sarah Chadwick–best known for telling Donald Trump what he could do with his thoughts and prayers. Ten days earlier, she brutally trolled NRA spokeswoman Dana Loesch for warning Hollywood and the media not to get any ideas about pushing for gun control.

"To every spokeswoman with an hourglass who uses free speech to alter and undermine what our flag represents…Your Time is running out. The clock starts now."
–@sarahchad_ #MarchForOurLives pic.twitter.com/k29FB2vHPI

Given this history, I knew right away that this wasn’t going to end well for Ingraham.

Another right winger is about to learn the hard way that she messed with the wrong kids. https://t.co/UrPFvyMKyH

As Thursday dawned, Ingraham’s advertisers started heading for the exits. One of the first to bolt was Nutrish, Rachael Ray’s pet foot company.

We are in the process of removing our ads from Laura Ingraham’s program.

Nutrish added that Ingraham’s remarks were “not consistent with how we feel people should be treated.”

TripAdvisor followed suit soon afterward. In a burning statement, the travel-rating site said Ingraham’s attacks on Hogg “cross the line of decency.” Along similar lines, housewares site Wayfair cut ties with Ingraham for making comments “not consistent with our values.” As Thursday morning wore on, Nestlé, Expedia, and Joseph A. Bank had also cut ties with Ingraham.

By Thursday afternoon, Ingraham had finally realized she stepped in it. She took to Twitter to apologize.

Any student should be proud of a 4.2 GPA —incl. @DavidHogg111. On reflection, in the spirit of Holy Week, I apologize for any upset or hurt my tweet caused him or any of the brave victims of Parkland. For the record, I believe my show was the first to feature David…(1/2)

… immediately after that horrific shooting and even noted how "poised" he was given the tragedy. As always, he’s welcome to return to the show anytime for a productive discussion. WATCH: https://t.co/5wcd00wWpd (2/2)

Sadly, Ingraham couldn’t leave well enough alone. She had to get a plug in for her show. That probably explains why Hogg was decidedly unimpressed. In an interview with The New York Times, Hogg noted that Ingraham only came to her senses “after we went after her advertisers.” He’s taking the high road, saying that he’s not going to attack her personally, but concentrate his fire on her advertisers. He believes that this should be an example to Ingraham’s right-wing buddies.

“(I)f you continue to bully the students that survived a mass murder, there’s going to be consequences. Deal with the issues, not the individuals.”

Fred Gutenberg, whose daughter Jaime was among those killed on Valentine’s Day, was equally unimpressed. He saw Ingraham’s apology as a craven attempt to keep her advertisers from fleeing.

An apology to save your advertisers is not enough. What you did was disgusting. Our message for common sense gun reforms has won, and the those in opposition have gone negative. They need to pay a price for that. These kids have suffered enough.https://t.co/aNixXkErrI

Hogg was of the same mind, and called for Ingraham to do more than just apologize.

I 100% agree an apology in an effort just to save your advertisers is not enough. I will only accept your apology only if you denounce the way your network has treated my friends and I️ in this fight. It’s time to love thy neighbor, not mudsling at children. https://t.co/H0yWs4zMGk

More than reasonable. Is it too much to ask for the highest-profile woman on the fair and balanced network to call out her own network? Until she sees reason, Hogg is still twisting the knife.

If you want to help I would suggest contacting 3-4 of these companies. Lets do this

The ball’s in your court, Laura. Will you show some leadership for once?

So once again, a right-winger has been run all over the room by the kids who have become the most famous teenagers in America. And once again, these teenagers have shown they’re more adult than the actual adults. 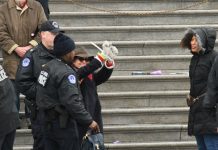 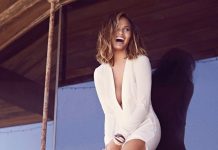