Ask any right-winger about laws in Utah, New York, Vermont, and Washington allowing undocumented immigrants to obtain drivers’ licenses and you are likely to be met with an ear full of Fox News-fueled outrage.

But ask that same right-winger about Immigration and Customs Enforcement (ICE) authorities mining without warrants or subpoenas millions of drivers’ license photos for possible facial recognition matches in an attempt to ensnare undocumented immigrants, and he or she might suddenly start singing another tune.

This is exactly what is occurring, according to Georgetown Law experts who obtained government files through records requests.

Harrison Rudolph, an associate at Georgetown’s Center on Privacy and Technology, explained:

“Undocumented folks are coming out of the shadows in these states to get driver’s licenses and come into compliance with the law. They are never told when they go into the DMV [department of motor vehicles] to get a license that they also may be submitting their face to Immigration and Customs Enforcement. That is a huge bait and switch and it’s deeply unfair.”

Vermont Public Radio reported earlier this year about a federal lawsuit an immigrants’ rights group filed alleging migrant farmworkers’ names, pictures, and other personal information were sent to ICE after they obtained licenses.

Interestingly, Washington is one of a few states with sanctuary laws intended to limit local police departments’ enforcement of federal immigration laws, the responsibility of ICE.

The push to issue undocumented immigrants drivers’ licenses stems from the need for workers to travel safely to work, improving public safety since it reduces the number of unlicensed drivers and arrests.

“It’s putting people in this impossible situation. It’s a lose-lose for immigrants.”

Sarah St Vincent, a surveillance researcher with Human Rights Watch, explained that when drivers have their license pictures taken, they are not simultaneously consenting to those pictures being searched.

“States have tried to improve people’s lives and people’s ability in this country to move around by giving them the ability to drive. But are the states ensuring that it’s not used in a way that abuses rights?”

“No one should have to be thrown into a giant federal facial-recognition surveillance database merely as a condition of driving a car. States that have given federal agencies, including ICE, unfettered access to these records should warn their citizens this is occurring and ensure federal agencies only access these records based on legitimate, narrowly tailored requests.”

Moreover, facial recognition technology has been known to produce “false positives” that can exacerbate racial biases.

But it isn’t just ICE and the FBI doing this.

In May a Government Accountability Office (GAO) report found “FBI officials cannot be sure they are implementing face recognition capabilities in a manner that protects individuals’ privacy.”

Now this is being exposed, some municipalities are banning the use of facial recognition surveillance technology.

In May, San Francisco, Calif. became the first to do so.

This is just the latest example of government overreach ICE is guilty of committing.

Since the earliest days of the Trump administration, ICE has rounded up immigrants for minor offenses.

In Queens, NY, ICE even went so far as stalking immigrants in human trafficking court, something City Council Speaker Melissa Mark-Viverito said is “a new low in moral depravity.”

So New York did something about it.

ICE is now no longer permitted to arrest immigrants inside New York courthouses without producing federal judicial warrants or orders.

“New York is the first state in the country to explicitly curtail the ability of federal agents to arrest individuals in this manner.”

“Every state should enact this reform.”

“From nearly 180 Maine attorneys to California’s Supreme Court chief justice, the calls to ice ICE out of courthouses have been loud, consistent, and crystal-clear.”

All over the country, ICE is starting to crack.

Let’s see to it it does. 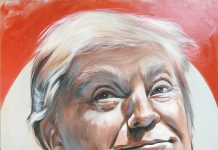