On Monday, Reuters reported that the U.S. Department of Justice’s anti-human trafficking grant program is facing internal complaints. The complaints emerged following the awarding of grant funding to two nonprofit organizations that are less established than those recommended by DOJ officials.

Let's see the entire @GOP try to defend #3 and Barr giving $530,000 to Hookers for Jesus instead of traditional anti-trafficking agencies. The political gymnastics should be quite the show. https://t.co/4zDGucf973

According to an internal DOJ memo, as of September 12th, two long-established nonprofits were on the original list of recommended grant recipients because they received high marks from outside reviewers. DOJ officials believe these two organizations should have received the funding.

The One Million Reasons This Matters: $$$$$

Later in the same month, the organizations that DOJ officials recommended got axed and the funding went to two different organizations:

The funding amount is significant: $1 million total to the two groups.

The sudden change in funding recipients triggered a whistleblower complaint, which has been filed by the DOJ employee union to the Inspector General.

Human rights watch groups have been sounding the alarm for years on religious anti-human trafficking groups that have murky origins and less than transparent financials.

Although I’d have thought the “Hookers for Jesus” part should have thrown some red flags in the application. https://t.co/zlYC1uHHTU

The official who approved the change is Katharine Sullivan, the head of the Office of Justice Programs (OJP). A September 23rd memo says that officials changed the grand recipients in an effort to “distribute funding across as many states as possible.” Sullivan claims the process is above-board.

“Our funding decisions are based on a merit-based review system,” she said.

The American Federation of State, County, and Municipal Employees local 2830 wants to put that “merit-based review system” to the test, so they’ve filed a complaint requesting that the inspector general investigate.

They have the idea that politics may have factored into the decision.

And That’s Where Dirty Donald Trump Comes In

Here’s where it gets ugly and dirty:

It always seems to come back to Trump’s ego, doesn’t it?

Here’s the problem. Outside reviewers rated both of the spurned organizations as Tier 1 applicants, which is the highest level.

Hookers for Jesus and the Lincoln Tubman Foundation were ranked one level lower at Tier 2.

So how about that merit-based system again?

Me: Nothing from Trump's administration will surprise me

Deviation from Past Practice

The thing is, it’s atypical for the DOJ to deviate from past practices and award lower-scoring groups the funding when two high-scoring groups have been recommended, according to DOJ veterans.

“Tier 1 generally is your default. They all get funded unless there is some kind of legitimate reason not to fund them,” said Jean Bruggeman, a former DOJ Office for the Victims of Crime fellow who is now executive director of the Freedom Network USA, a coalition aiding trafficking victims.

A trafficking survivor and born-again Christian runs Hookers for Jesus, and she has lobbied against the decriminalization of prostitution. This policy position aligns closely with the GOP’s position on the issue.

The problem with Hookers for Jesus is that they require (or did at one time) the victims they rescue to participate in religious activities, according to 2018 internal program manuals obtained by Reuters.

The rules at Hookers for Jesus are eyebrow-raising.

Rule-breakers can be assigned chores like washing windows as punishment.

Even worse, the manuals obtained by Reuters included staff training manuals that instructed that homosexuality is immoral and drug abuse is “witchcraft.”

The founder of Hookers for Jesus claims that her organization doesn’t require residents to attend church services, saying, “we aren’t going to discriminate toward anyone.” But she added the following.

Here’s why Lobert has to say the first part, about not discriminating: if they discriminate against anyone, they can’t receive federal funding.

Annie Lobert is the author of “Fallen: Out of the Sex Industry & Into the Arms of the Savior.”

It gets better. Though it has a much less colorful-sounding name, the Lincoln Tubman Foundation isn’t off the hook.

The organization was launched by Brooke Mosteller Burris, the daughter of a Trump-supporting Republican delegate who is also friends with South Carolina’s Republican Senator, Tim Scott.

Fun fact: Tim Scott wrote a book with Trey Gowdy titled “Unified: How Our Unlikely Friendship Gives Us Hope for a Divided Country.”

Does it surprise you to learn that Scott wrote a letter in September asking OJP to do a “prompt review” of the organization’s application?

Of course, it doesn’t surprise my smart liberal readers. But also, OJP’s Sullivan said that a letter wouldn’t determine the outcome of grant funding. Then why did Scott write it?

Ms. Burris, a former Miss South Carolina and Miss America’s “Miss Congeniality,” runs the program—which does business as the Tri-County Human Trafficking Task Force—from a mansion owned by her parents. 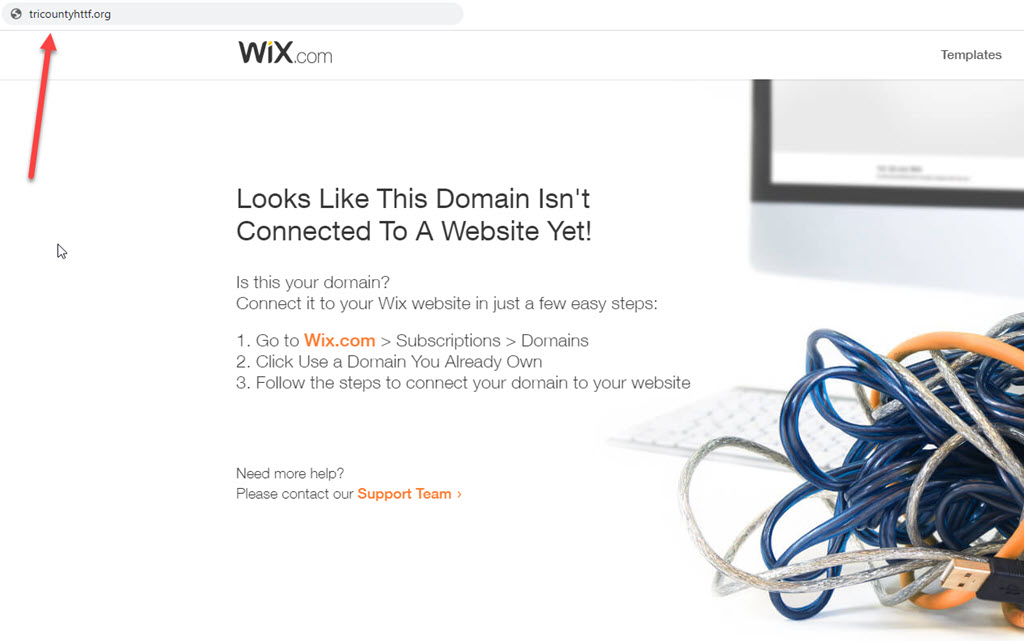 So the DOJ is awarding grant funding to organizations that don’t even have websites or are in the process of setting one up on Wix. Not sure which is worse.

It’s Not About Hookers for Jesus: Follow the Money

I tried to get in touch with both of the ladies who run these organizations. However, neither of them responded to my requests for comment.

Annie Lobert and her husband have asked for prayers on their social media, citing that Hookers for Jesus is under attack.

But this isn’t about her organization. It’s about questioning how the U.S. Department of Justice method of rewarding significant amounts of taxpayer dollars.

I saw the Hookers for Jesus is trending. They were one of the first organizations that I reached out to when I was ready to leave my trafficker! @AndrewYang supports survivor led services under his presidency! He cares deeply for survivors of human trafficking! #YangGang pic.twitter.com/sEpJI0YakW

None of this is to say that Ms. Burris’s organization isn’t worthy or that she’s not doing important work for victims who have previously had no resources. Or that Hookers for Jesus isn’t also doing important work, although surely we can find someone who doesn’t force religious activities on victims (if they’re still doing that).

What’s in question here is why the DOJ chose Hookers for Jesus and the Lincoln Tubman Foundation over two higher-ranked organizations. And whether or not the risk of displeasing Mad King Trump was at the root of how this critical funding was distributed.

Read the entire piece at Reuters.