Mahmoud Abumayyaleh, Cup Foods store owner, was quick to condemn the cops who killed George Floyd in front of his establishment over a fake 20 dollar bill that was used to pay for a pack of cigarettes on May 25, 2020, in Minneapolis.

In an official statement on Abumayyaleh’s Facebook account, he started by expressing his condolences Floyd’s friends and family and the South Minneapolis community. “There is no justification for the use of reckless force displayed by the police that murdered George Floyd. We support this protest and share in their anger.” 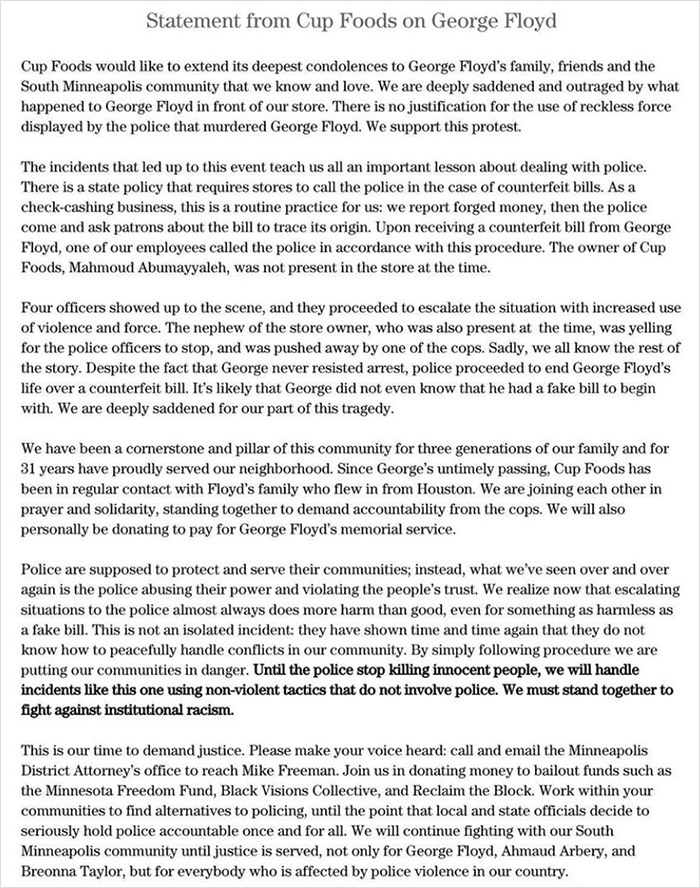 George Floyd was just buying some stuff on Cup Foods and used a counterfeit 20 dollar bill to pay. As per state policy, the clerk contacted police for a routine check so that they can identify the fake money’s origin. However, nobody thought that this fateful phone call would lead to George Floyd’s demise.

In an interview with theGrio, Abumayyaleh, or Mike as he’s known in the community, called the incident “murder” and that the victim was “executed in cold blood”. 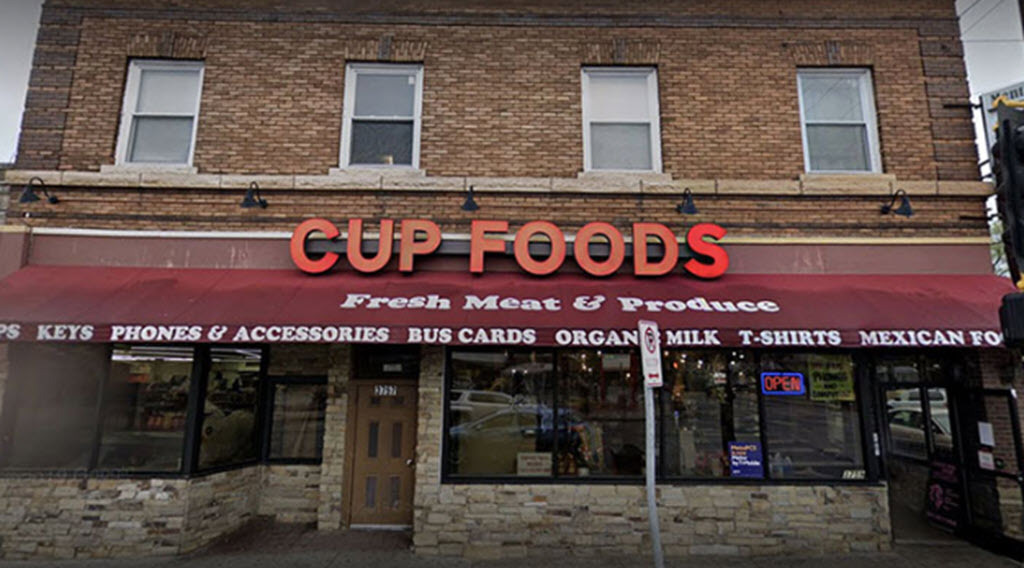 But because there were surveillance cameras in the area, everyone was able to see how rough and brutal the cops were when they handled Floyd despite the fact that he wasn’t straining or showing any signs of resistance to the arrest and is now seeking accountability for the officers who were involved.

“We are joining each other in prayer and solidarity, standing together to demand accountability from the cops. We will also personally be donating to pay for George Floyd’s memorial service.” He said in the statement.

By the end, Abumayyaleh called on the Minneapolis community to file complaints to the District Attorney’s Office. He urged people to donate money to movements like the Minnesota Freedom Fund, Black Visions Collective, and Reclaim the Block. He also asked the community to work together to find alternatives to policing until justice is served to Floyd and to those affected by police violence in the country.

And the community replied.

Here are some of the tweets of people about it.

The owner of “Cup Foods,” the store that called the police on George Floyd just announced that they will no longer involve police in nonviolent incidents.

This is how you make change. I hope all other Arab owned shops and businesses across America follow his example. pic.twitter.com/rcu2cKPWoR

Still not sure why this is being presented as a case of Arab racism. It's a routine call and a routine procedure. The store owner was not present to oversee things.

It's tragic because in a REAL SOCIETY, we should be able to trust the police to handle non-violent incidents in a non-violent manner, respecting the rights of the people.

But we don't have that, because the police have failed.

They seem sincere and but its not common to call the police if someone has a fake $20. I have worked in retail for close to 30 yrs. I don't blame them, I blame the cops of course. Im just angry and wish they hadn't called the cops.

It is likely that he was killed over a counterfeit bill he never even knew he had. I appreciate them spelling that out.

The cops who recklessly and needlessly showed force and killed Floyd are charged. 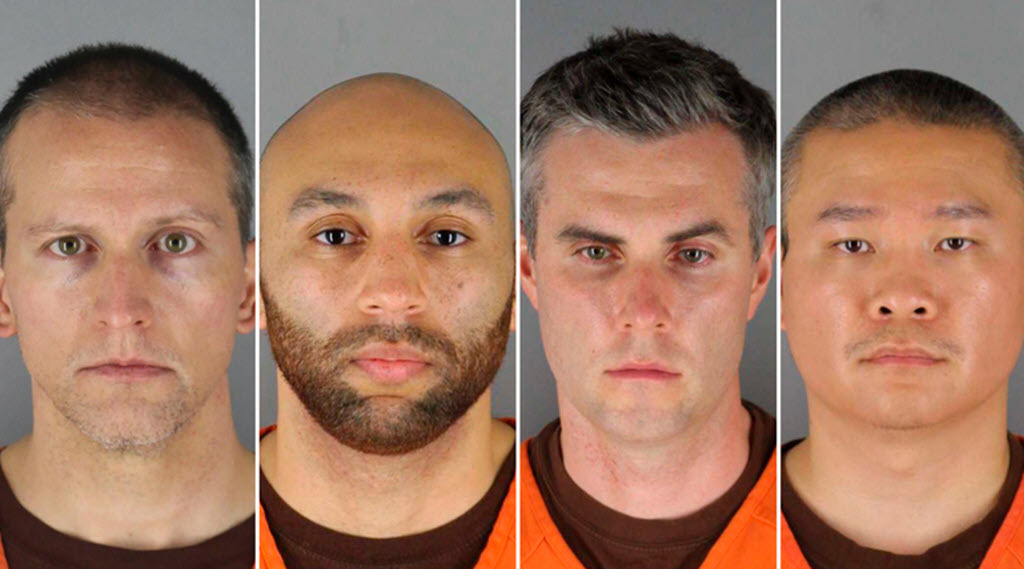 People approved this reaction while some are quick to stand in the store owner’s defense.

To End Violence, We Must Excise Generations of Institutional Racism (Video)