Unless things change, that’s all some of us will be getting from the 5,593-page $900 billion relief package Congress passed Monday night.

It is half what the Coronavirus Aid, Relief, and Economic Security (CARES) Act delivered in April, just as the pandemic was beginning to tear through the United States.

There is also a supplemental unemployment benefit of $300 for 11 weeks.

Included within the longest bill in U.S. history is funding for:

Not in the bill:

$600 is a slap in the face, thanks to the Republican lawmakers who refused a dignified amount.

Sen. Bernie Sanders took to the Senate floor this week to excoriate the “totally inadequate” sum:

“The American people cannot wait any longer. They need economic relief right now. Their kids are going hungry. They are being evicted from their homes. They can’t go to the doctor. They need help, and they need it now. Every working-class American needs $1,200, at least, $2,400 for couples and $500 for children.”

85% of voters also want Congress to pass a coronavirus relief bill before the end of the year.

Yet Democrats have an unlikely ally in their push for $2,000 direct payments.

The same impeached president with one month to go before finally leaving office (despite what he claims), is actually threatening to veto the “ridiculously low” legislation unless Congress re-negotiate for more relief.

“House Democrats have fought for months to provide relief to the American people, which Republicans rejected at every turn. Now that the president has agreed to direct payments of $2,000, we will ask for unanimous consent to pass a bill this week to give Americans this assistance.”

“Republicans repeatedly refused to say what amount the president wanted for direct checks. At last, the president has agreed to $2,000…Let’s do it!”

Why Trump is suddenly rejecting the bill after Treasury Secretary Steven Mnuchin helped negotiate it is a little puzzling.

Perhaps he wants to soften his image among the harshest critics before proceeding to his next grift.

Perhaps it’s a ploy to distract the media away from his surrender to the covid-19 pandemic every day killing thousands of the Americans he took an oath to protect.

Or he’s trying to divert attention from the over $120 million his supporters have donated to him since he lost the election to Joe Biden.

Maybe he wants us to ignore the fact every legal challenge to steal away Joe Biden’s victory has backfired.

It could be he wants us to pay no attention to the 60 felons he has pardoned in the past week.

Could it be payback to Mitch McConnell, who last week finally called Joe Biden “president-elect”?

Whatever his reasons, he has the Republican party flummoxed.

We need to seize the opportunity to make it right for the American people regardless of Trump’s transactional motives. 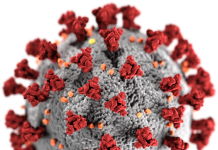 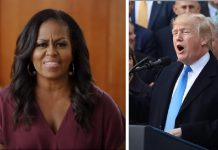