Billionaire wealth is 40% higher now than it was when this pandemic started. Meanwhile, millions are still unemployed, and families are struggling to keep a roof over their heads and put food on the table. We need a #WealthTax so we can invest in opportunity for everyone. pic.twitter.com/NZnjkw2Hlc

Some will read the above tweet from Sen. Elizabeth Warren and only see the “T-word.”

We rarely meet anyone anxious to pay taxes, even those who understand taxes are the price we pay for living in a civilized society.

It doesn’t take long into a conversation before people start commiserating over how much they pay, which usually leads to someone fantasizing over re-locating to a low-tax area, like Florida or the Carolinas, as if a panacea.

But what if, instead of America’s wealthy being able to continue getting away with enjoying decades of tax loopholes, they were actually required to pay what the rest of us do–a tax on their wealth?

If you own a home, you pay a wealth tax.

That amounts to 65% of working Americans.

Those who rent–about 35%–don’t escape it either since it’s rolled into their rent, functionally helping to defray property owners’ wealth taxes.

That means every year, every homeowner pays taxes on his and her wealth in the form of a state and local property taxes necessary to fund public services like schools and emergency services.

The richest Americans, though, benefit from tax policies written for and sometimes by them.

But what’s the use in having a 21% tax rate when one is able to dodge it?

Large multinational companies save billions of dollars through foreign subsidiaries and tax havens.

“A total of 100 companies avoided paying income taxes in at least one year between 2008 and 2015, and their combined pretax income during that period totaled $336 billion.

“Yet, instead of paying $118 billion according to the 35% statutory income tax rate, the number of tax breaks applicable to these companies allowed them to earn a negative effective tax rate. That means they earned more in their after-tax income than in their pretax income, often due to tax rebates from the U.S. Treasury.”

But Sen. Elizabeth Warren “has a plan,” as she liked to repeat when running for president last year.

Earlier this month, the Massachusetts senator introduced the “Ultra-Millionaire Tax Act,” which seeks to build on one of her signature presidential platform positions–create a wealth tax for high-net-worth households.

The bill proposes an annual two-percent tax on households and trusts boasting net worth between $50 million and $1 billion, and a three-percent tax on anything above.

If a Medicare-for-All single-payer national health care plan is enacted, the three-percent above one billion would increase to six percent.

“As Congress develops additional plans to help our economy, the wealth tax should be at the top of the list to help pay for these plans because of the huge amounts of revenue it would generate. This is money that should be invested in child care and early education, K-12, infrastructure, all of which are priorities of President Biden and Democrats in Congress. I’m confident lawmakers will catch up to the overwhelming majority of Americans who are demanding more fairness, more change, and who believe it’s time for a wealth tax. A two-cent wealth tax would just help level the playing field a little bit, and create the kind of revenue that would let us build back better, as Joe Biden says.”

But wouldn’t the rich just weasel out of this as they have present tax legislation?

Wouldn’t Republicans dancing to their tune just manufacture another tax cut that only benefits them?

Wouldn’t corporations just “leave,” as they always threaten to do whenever anyone suggests they pay their fair share?

Warren’s bill includes a provision to grant an additional $100 million to the Internal Revenue Service (IRS), require a 30-percent minimum audit rate for those subject to the tax, and create a 40-percent tax on $50 million net worth for people who surrender U.S. citizenship to avoid paying.

Two and three percent sounds paltry until we consider what we could be able to provide with the revenue it generates.

Also consider what the rest of us pay on our total wealth–7.2 percent.

He is one of two billionaires whose wealth grew an average of $42 billion each week the  pandemic bared down on us, more than $700 billion total since last March.

The other billionaire is Zoom’s Eric Yuan.

Tesla CEO Elon Musk would owe $4.6 billion and still have over $148 billion at the end of the year.

Bill Gates would have to pay $3.6 billion.

We can generate $3 trillion to invest in Covid relief, education, infrastructure, clean energy, and so much more — and all it will take is making the ultra-wealthy finally pay their fair share.

“We do understand the direction we’ve been going. This pandemic has created more billionaires. The people at the top are not barely hanging on by their fingernails.”

But there is also an amount taxpayers do not pay by the filing deadline, called the tax gap, the IRS estimates between 2011 and 2013 to be, on average, $441 billion annually.

Recent Harvard University research shows those responsible for 70 percent of that tax gap are the richest one percent of income earners.

That means the wealthiest Americans–the ones many assume are paying the most taxes since they should–are gypping the American public out of about $266 billion.

“With the money that these tax cheats owe, this year alone, we could fund tuition-free college for all, eliminate child hunger, ensure clean drinking water for every American household, build half a million affordable housing units, provide masks to all, produce the protective gear and medical supplies our health workers need to combat this pandemic, and fully fund the U.S. Postal Service. That is an absolute outrage, and this report should make us take a long, hard look at what our national priorities are all about.”

The rich will still be rich.

But what good is being rich in a poor country? 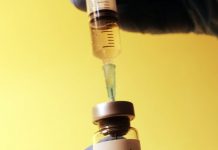