Do you have that neighbor who bends your ear about the latest outrage he heard on Fox so-called “news”?

Something sure to crank up right-wingers is how much they supposedly are paying for “lazy liberals on welfare” (translation: minorities).

When that expired last July, Congress passed another relief bill that included an unemployment insurance benefit of $300 until mid-March when President Biden signed the American Rescue Plan into law.

Right-wing pundits screamed about how the government is paying lazy people “to stay home,” and “evil incentives that are disincentivizing people to work”.

Restaurant owners fearing for the future of their businesses as they can't find workers to fill openings call on leaders to stop 'over incentivizing' unemployment benefits. pic.twitter.com/thleyaRoLX

“While the problem is obviously more complicated than a single government policy, the legislation’s become a canvas for people in conservative media to splash with ‘welfare queen‘ rhetoric and opinions pulled from their usual grab bag of grievances.”

What should have been obvious (even to those pretending otherwise), is that when $300 or even $600 is more than what people are making at work, the problem, perhaps, is not with the 300 or $600.

The problem is with workers’ wages.

As Jill Filipovic wrote for CNN back in June:

“It’s not that unemployment benefits are too high–$300 a week barely covers the rent for the average family in most US states. It’s that pay is far too low.”

According to a recent piece in The Guardian titled “Nearly half of American workers don’t earn enough to afford a one-bedroom rental“:

“Rents in the US continued to increase through the pandemic, and a worker now needs to earn about $20.40 an hour to afford a modest one-bedroom rental. The median wage in the US is about $21 an hour.”

“The kind of tight budgets that especially low-income renters face when they’re cost-burdened can lead to serious harms.”

Although some states are rising to the challenge of raising their minimum wages, the federal minimum wage is stuck at $7.25/hour, where it has been since it was last increased in 2009.

A few (mostly republican) states have wages even lower than the federal minimum.

Yeah, it's time to raise the minimum wage.

Add to this the risk workers face during the COVID-19 pandemic, especially since the Delta variant is presenting infection numbers higher than they were this time last year.

A little over half the country has been vaccinated, leaving those who have been vaccinated susceptible to the dangerous variant, as well as more deadly future ones. While the vaccinated likely aren’t going to wind up in hospitals or on ventilators, as is increasingly the case with unvaccinated, vaccinated individuals can carry the virus and pass it on.

Moreover, only those age 12 and above are eligible for the vaccine, leaving millions unprotected.

This is particularly risky at a time when there is are no vaccine or mask mandates, leaving America’s low-wage workforce–“the essentials,” as former Labor Secretary Robert Reich has identified, comprising about 30% of the workforce.

All are at the mercy of those fallaciously equating the vaccine and masks with an infringement on their rights.

They do not and have not had the luxury of performing their duties remotely as do “the remotes,” professionals who are still able to work from home.

Many of them are not willing to take the chance of bringing home a potentially deadly disease to their elementary school-aged children or relatives for such insulting wages, so they stay home to gratefully accept whatever crumbs the government provides. 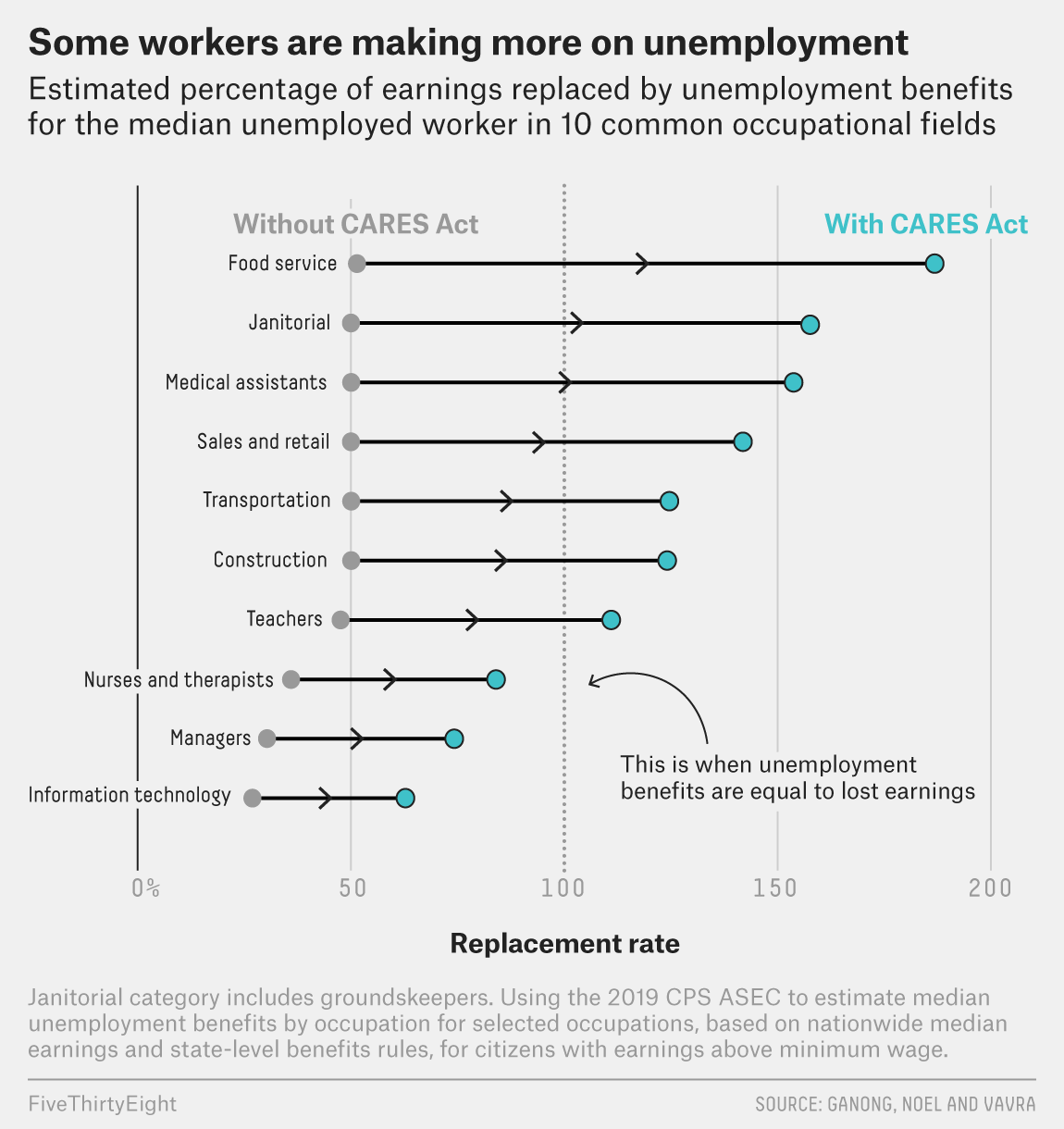 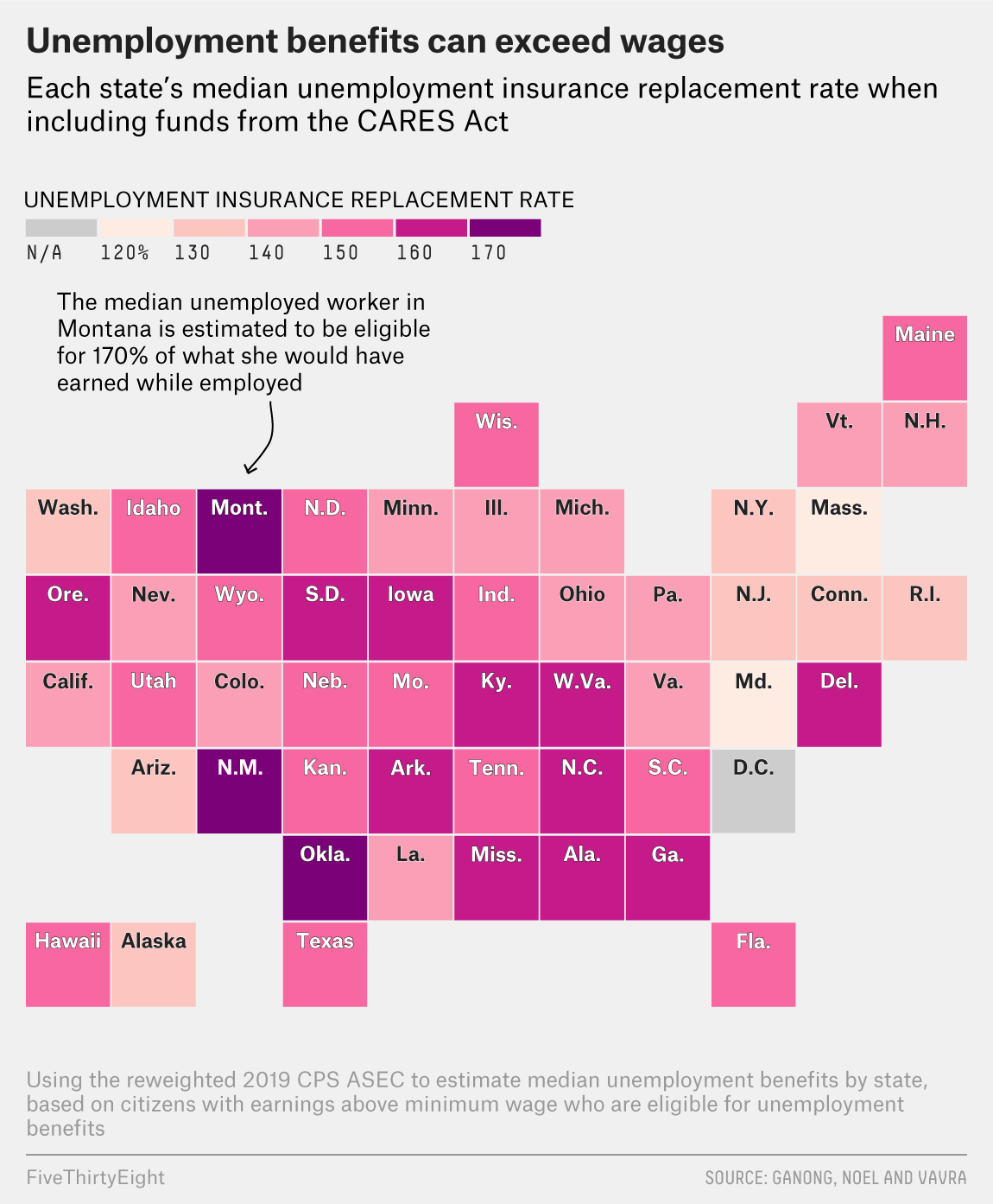 What’s more, as another school year begins, we remember all too vividly last year when schools had to scramble to provide “hybrid” education, a combination of in-person and online instruction.

It proved to be disastrous, partly because when students are home in front of their screens, many of their parents and/or caregivers must remain home with them.

“The essentials” have to choose between work and getting paid and staying home and losing days’ wages.

If those wages are already too low, it could mean the inability to pay rents and mortgages, utility bills, groceries, fuel for transportation needed to commute to work.

Although price increases are beginning to abate, prices for goods and services are much higher now than they were before the pandemic.

“70% of the US economy depends on consumer spending. So if the economy is to function well, Americans need to spend enough money to buy most of the goods and services they’re capable of producing.

“But incomes haven’t nearly kept pace with productivity. Over the past 40 years, most people’s wages have basically stagnated, while worker productivity has soared. Most economic gains have gone to the wealthy–who now own more of America than at any time since the 1920s.“

Then dignify workers with living wages.

“Post-pandemic, America’s wealth gap is more extreme than it has been in more than a century. Until this structural problem is remedied, the American economy will remain perilously fragile.

“[W. Va. Sen.] Manchin and his ilk should stop worrying about inflation and debt. The real problem is America’s staggering wealth gap. Closing it will requires efforts even more dramatic than Joe Biden’s spending plans.”

The claim “People don’t want to work” is reductive and elitist.

We need to stop saying that.