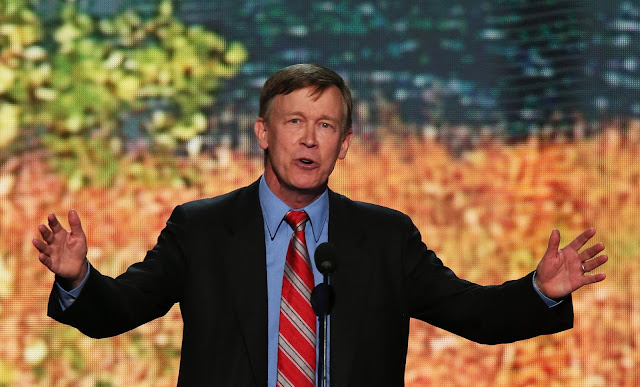 On May 13, I wrote a piece?attacking Rich Tosches of?The Denver Post?for openly fantasizing about the potential execution of Nathan Dunlap in a column?that was so filled with blood-lust that it seemed to bring Tosches’ psychological health into question. If you’re unfamiliar with Dunlap’s case, read Andrew Cohen’s very thorough summary in?The Atlantic, but basically, he killed four people, he admitted it, and was sentenced to die at some point in August. Dunlap suffers from various mental illnesses and was viciously abused as a child. He is one of only three people currently sitting on Colorado’s death row; all three are black males. The jury in Dunlap’s case did not include a single black person.

Colorado has only executed one person since 1975 – none since 1997 – and Democrats in the legislature have been trying to officially abolish the death penalty in the state. The case has stirred a vigorous debate in Colorado over the death penalty; Dunlap’s quest for clemency has, for some reason, incited levels of fury and hysteria in prosecutors, conservatives, and other supporters of the death penalty that are usually reserved for serial killers or foreign terrorists.

In talking to residents of Colorado about the case, the general impression I received was that Governor Hickenlooper, who claimed as a candidate to support the death penalty but has gradually softened his stance, was likely to allow the execution to proceed. Many political observers suspect that Hickenlooper aspires to national office, and given this reality, the default assumption was that he would decline to take a principled stand in defense of an African-American who murdered four people. The?Atlantic?piece cited above said that refusing clemency was the “politically safe thing to do.”

Well, Hickenlooper did not grant clemency, he did not make a stirring speech in opposition to the death penalty, and he did not decide to finally throw his political weight behind the Colorado Democrats’ effort to permanently abolish this barbaric practice. He did, however, do the most important thing, which was?block the execution?of Nathan Dunlap. Hickenlooper issued a “temporary reprieve” and all but assured that he would not revisit the case so long as he was governor. This effectively kills the threat of execution for at least a few more years and probably forever. The victims’ families and prosecutors are enraged. Dunlap’s defense lawyers are pleased. It’s not a particularly glorious victory, but it’s a victory nonetheless, in the struggle for abolition in Colorado and in the nation as a whole.

This is not to exaggerate the political courage this decision required. In December of 2012, the people of Colorado said they opposed?the death penalty by a margin of 52-40, and abolition has been in the political air for some time. Furthermore, without clemency, it is at least conceivable that some future governor decides to revisit the case and see that Dunlap is executed. Nevertheless, Nathan Dunlap was scheduled to die in three months, and Hickenlooper has stood in the way. For saving someone’s life, and for resisting what looked like a creeping return of the death penalty in his state, the governor deserves a considerable amount of praise.