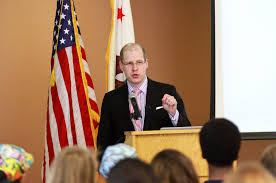 Max Boot, one of the nation’s leading chickenhawks, and someone who wrote in 2011, rather straightforwardly, that the United States should maintain its presence in Iraq because “it would allow us to project power and influence in the region,” has written an op-ed for The Los Angeles Times, unapologetically titled “Choosing Sides in Afghanistan.” Boot is sort of a throwback to a simpler time, when Western intellectuals felt comfortable speaking in explicitly imperialistic terms. His honesty is almost refreshing.

Anyway, the point of his new column is to bemoan the United States’s ostensible “neutrality” in the April 2014 presidential election in Afghanistan. Apparently, Max Boot Cares About Afghanistan. He even includes the boast, typical of many chickenhawks, that he “visited” the country recently. He’s so brave.

He starts out by saying that the United States should threaten to withhold aid if President Karzai cancels the election and just assumes dictatorial power (there is apparently “widespread suspicion” in Afghanistan that this will happen). This seems sensible enough; we shouldn’t be providing aid to any corrupt dictators.

Then, though, Boot informs us that, while striking a position of “neutrality” in a “foreign election” might be a “nice ideal,” it is simply “impossible” in this case. Boot’s prescription, shockingly enough, is for the United States to “embrace a more politically activist role” in the presidential election of a sovereign nation. Indeed, the Unites States should “pick a favorite” among the candidates, and then “use its influence, including those notorious CIA bags of cash” to “do what it can to secure the election” of its preferred choice. Boot recognizes the “obvious objections” to such a strategy, including our disastrous record of meddling in Afghan politics, but he warns that these past “mistakes” should not “paralyze” us now. This is just an astonishing paragraph right here:

That’s all true, but we need not be paralyzed by past mistakes. In 2001, U.S. officials knew little of the Afghan political landscape. We have had a dozen years since then to learn the lay of the land, which, one hopes, would allow us to make a better choice this time around.

Think about that last sentence. Boot asserts, flat-out, that the United States must “make a better choice” in the presidential election of another sovereign nation. I wonder if the people of Afghanistan are aware that the “choice” in next year’s election is, in fact, one that ought to be made by the United States.

Imagine if a foreign writer, highly respected in domestic establishment circles, demanded that his government “embrace” a “politically activist role” in the 2016 U.S. presidential election, picking a “favorite” candidate and then “use its influence” to “secure the election” of said candidate. This is virtually unthinkable. I’m not even sure if Boot is consciously aware of how hypocritical and contemptuous this piece is. I doubt he even thinks there is anything unusual about the very notion of proposing direct interference in a foreign election. This is how the deep the imperial mindset runs in people like Boot and other establishment intellectuals.