Sometimes, as an observer of the news, one comes across a particular opinion column that is so brazen, so audacious, that one must stare at the headline for thirty seconds or so, simply to make sure it’s not a hallucination. Such was my experience this morning when I saw that Fred Hiatt wrote a?column?for?The Washington Post?titled “Will Xi Jinping’s ?Chinese dream? include the rule of law?” Irony is officially dead.

Hiatt, for those who don’t know, is the editorial page editor at the?Post, and someone who?lives and breathes for war. Not in the sense that he has ever volunteered to go fight in one, of course. That’s for Other People to do. Hiatt prefers to fight the good fight from his comfortable D.C. office. There’s much more money and prestige in doing it that way.

One must stipulate that, while he loves war with all of his heart, Hiatt, like all serious, sophisticated, reasonable Beltway intellectuals, has at times seemed fairly?torn?on the far more perplexing issue of torture. Whether or not to flagrantly violate domestic and international law and disregard the most basic conceptions of human morality by torturing other people – this always represented a profound moral quandary for the intellectual class. Hiatt did eventually make his thoughts on this matter clear, though, by?hiring?an absolute lunatic by the name of Marc Thiessen to grace the pages of his newspaper’s prestigious opinion section; Thiessen mostly used his space to explain why torture is so awesome and underrated.

We do know, beyond a reasonable doubt, that Fred Hiatt does not believe in the rule of law. In enthusiastically supporting the attack on Iraq, which, as a war of aggression, constituted the “supreme international crime,” Hiatt forever forfeited any right to even?talk?about the rule of law. One doesn’t get to cheerlead, fanatically, for the most colossal international crime in a generation, and maintain any credibility on “the rule of law.” This cannot really be debated, unless one also wants to argue in favor of consulting Bill Clinton on marital fidelity, or O.J. Simpson on domestic tranquility.

Hiatt, though, is evidently?very?concerned about the future of the rule of law. Not in the United States, naturally, but, rather, in China. In his new column, Hiatt worries that China, under Xi, might continue its heinous “bullying” in the international arena and its regular flouting of international norms. Fred Hiatt just?hates?when countries do this. He encourages President Obama – the man who refuses?to investigate and prosecute the torturers and killers of the Bush administration on the astonishing grounds that it’s preferable to Look Forward, Not Backward – to lecture the Chinese on appreciating the rule of law and respecting human rights. Hiatt sternly warns the Chinese that they risk losing the “trust” of the United States if they don’t cease their unconscionable imprisonment of peaceful activists and their disregard for due process. He writes this as peaceful American activist Bradley Manning, after sitting in a cage for more than two years, is now going on trial for the offense of telling people about his country’s war crimes, and as more than 100 prisoners of the United States continue to wage a hunger strike to protest their lack of due process. Hiatt has apparently, through some sort of mental process, airbrushed both stories from his brain, despite the fact that both are currently receiving an astounding amount of international attention.

This column represents one of the most exquisite examples of Orwell’s “doublethink” in recent memory. 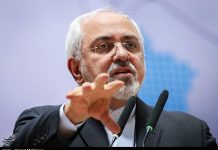 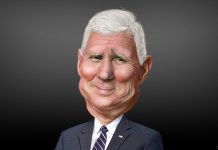