When BuzzFeed journalist Matt Stopera went to the Creation Museum in Petersburg, KY for the Bill Nye?Ken Ham debate, he learned a lot of really crazy stuff that creationists make up about creationism and evolution.

“First off, the museum is HUGE. It’s also REALLY nice. Like one of the nicest museums I’ve ever been to. It took me over three hours to go through it. Through the course of those three hours, I learned just about everything I could possibly ever want to know about creationism.”

Here is a sampling of some of the things he learned in his surreal experience. Honestly, these kooks just make this stuff up. I’m a Christian. Why can’t other Christians reconcile God with science as I have? But nooooo, they (some of them) have to be as stupid as humanly possible. All images via Matt Stopera of BuzzFeed.

The explanation for how animals ended up on different continents is that they used logs from trees knocked down by the great flood as rafts.

“If we didn’t witness an event, then we can’t possibly predict how it happened.”

Kids become deliriously happy when their moms buy them annual passes to the Creation Museum.

Adam was bringing sexy back. A major hottie.

Where did dinosaurs come from? Duh, read the Bible to find out.

Kangaroos et al were slow because they have pouches. They got buried in the flood first.

Darwin was wrong. Well, pretty much any scientist who believes in evolution is wrong.

At chow time, Noah fed the animals on the ark through a cage system. He probably used homemade dog food and cat food that he made before the flood came.

Why is creationism true? Because Mount St. Helens.

Adam was really fast at thinking up names for all of the animals.

“Adam and Eve did it in a forest surrounded by dinosaurs (there was a dinosaur behind them).”

“The Creation Museum has the most perfect and fitting ?do not touch? display signs.”

Graffiti is a sign of the abandonment of God.

“The Creation Museum has, quite possibly, the scariest door ever.”

“After you see that terrifying door, there is a terrifying room with terrifying Nazi noises (Hitler yelling) that shows our sinful world today.”

We were BFFs with dinosaurs. 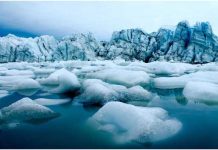