My wonderful father, who has always been a common-sense Republican, has moved increasingly right in recent years. It’s my opinion that he’s been hugely influenced by right-wing media. My dad’s an educated man — he’s a physician and he’s also well-read and a lifelong learner. There’s just not a lot he doesn’t know. He takes care of his family. He is the solid rock in my life, and in the lives of everyone who knows him. And I mean a LOT of people. Not just his family. For this reason, no one ever questions his wisdom. Also, for this reason, no one ever challenges him. I’m the troublesome daughter. 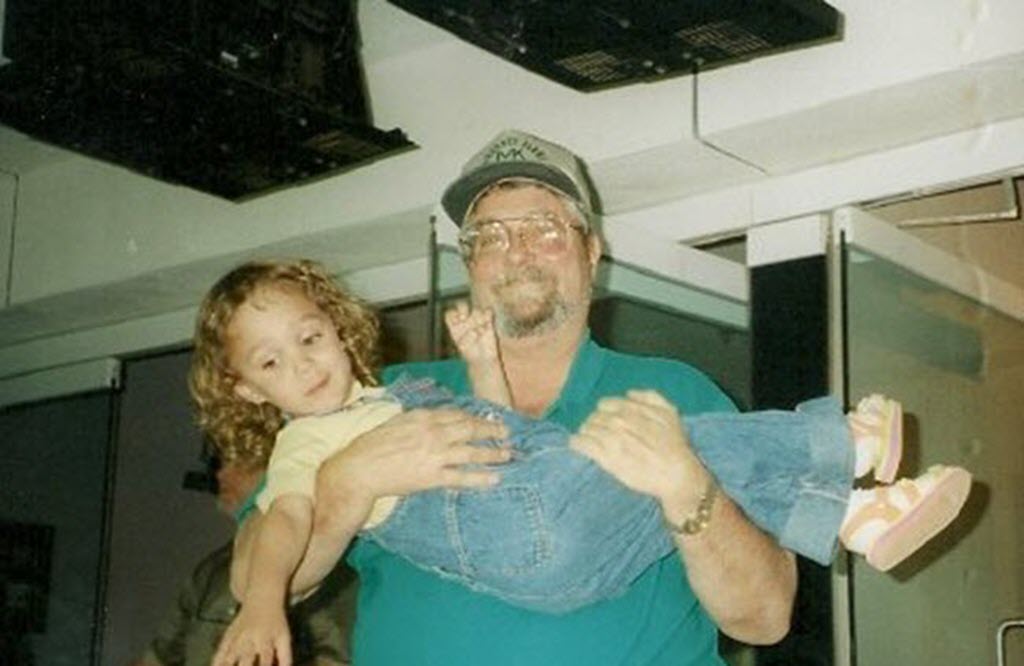 And despite voting for Donald Trump, my dad is not a science denier. He is embarrassed by people like Todd Akin. He cringes at what Texas is doing to its history books. He knows the earth is billions of years old. He doesn’t really care what gay people do. He thinks the open-carry kooks may be doing more harm than good. He is a responsible gun owner. I guarantee you he’d fight for me to get birth control (ha).

My dad is not a crazy, ignorant tea-billy.

He began emailing me this morning. Well, not just me. Me and 46 other people. He has sent a few short emails just to me, and a link to this article. I won’t share what he emailed me here. No doubt it would be hella entertaining for you guys, but our relationship is one in which every major issue we’ve ever faced, every argument, every disagreement, has been done via the written word. It’s our preferred medium. For a lot of reasons. So I won’t share his personal letters to me. However, I’ll share my response. I feel it’s important. Likely many of you have received your own gloating emails from right-wing family members and friends. Feel free to use and re-use my response if it works for you.

My email to my beloved Republican dad is below.

When I opened that link, I was hoping to see something substantial. Surprise, it wasn’t.

What matters to us is that all people are given equal opportunity. That women aren’t earning .78 cents for every dollar men earn for the exact same work. That gay people have a right to the sanctity of marriage. That poor people are given a hand up to help lift them out of despair and desperation. That children who were brought here as infant immigrants can have access to the American dream. That people like me who are contributing members of society can get health insurance without being discriminated against because I’m 47 with pre-existing conditions. That I make decisions about when and how I have children (not wealthy men). That America isn’t a police state. That imprisoning Americans (we have the highest rate of incarceration of any developed country in the world) isn’t a profitable enterprise. That the government will make voting as easy as possible, not as hard as possible. That our elected officials are responding to their constituents, not the Big Money that’s lining their pockets. That my kids’ science and history books will be written by….scientists and historians, not preachers. Will the Republicans deliver these things which are essential to our liberty? If they do, then most of my dreams will be fulfilled.

Our economy is back on top, something you’d know if you ever read or watched anything that’s not conservative media. Unemployment is lower than it’s been since 2009. The stock market has hit new highs. According to Forbes, the outlook has been a “boon for investors, as even the safest indices have yielded a 25% return.” Reagan tripled the deficit. Now? The Congressional Budget Office has reported a $200 billion decrease and the deficit is now only 4% of the GDP and projections are that it will be only 2% by the time Obama leaves office. Will Republicans keep this momentum going? If they [do], maybe they’ll remain in power forever, and they’d deserve it!

Democratic politicians lost last night, but liberal values won in cases where issues were put up individually. Marijuana legalization in two states and D.C., minimum wage increases in four red states, rejection of “personhood” in Colorado, a gun control win in Washington state….put liberal values up individually and Americans vote for them. Yes, it seems voters were snowed by personality this year, but the fact is, when given the chance to vote on issues (not assholes), they vote liberal. Will Republicans be willing to put even more issues directly to the voters? If they do, then yay! Americans will get their country back, maybe.

What happened last night is exactly what happened in the last two years of every two-term president in my lifetime. Every six years, the party that controls the White House loses seats in the House and Senate and the president’s opposing party takes control of both houses. It happened to Reagan, Bush, and Clinton, too. This election wasn’t some blinding, unprecedented defeat. The other folks you copied on that email probably don’t know that, but I do and you do.

So if this is history, what else is history? Shall we do some research and discuss what happened in elections following those disastrous midterms? If history continues to repeat itself, 2016 is going to be a hell of a good year for Democrats.

The Republicans now have two years to show America something, before 2016. I suspect it will be more of their same game. It’s possible that now that they have some power, they’ll actually try to work to get something done that actually matters. Now that they can really grab the black guy in the White House by the nuts, they will reclaim some integrity and actually work instead of being the worst-performing Congress in history (fact). Maybe now that they’re in power, they’ll be concerned about real problems instead of Obama’s religion, his birth certificate, the fact that more people have been married to Newt Gingrich than have died from Ebola in the U.S., etc….

You and I both want the same thing: a good America for our progeny. I do think that the means of getting there is where we differ, of course, but that’s where we’re united. Whichever party delivers that is who we BOTH need to be supporting. If they both deliver good stuff, maybe there will be a lot less to argue about.?

I”m not hopeful about what the Republican Congress will do. I’m hopeful about 2016 and I hope that this will mobilize fucking lazy asses who don’t get out to vote. I do wish that you’d look at all the facts (I try to provide them to you) and work from that. You need to know that last night’s win was no “referendum” on anyone. It was what history predicted.