If you’ve not stayed on top of the news this week (or you’ve been on expedition in Antarctica or something), you may be unaware of what’s been going on with Josh Duggar, the oldest son and now a confessed child molester. You can catch up here and here if you need to.

Meanwhile, inTouch Weekly got its hands on the 2006 police report that was DESTROYED under a judge’s orders by Arkansas police. From Gawker:

I wonder how the Duggar-loving GOP field, including Mike Huckabee who is defending the pervert, will react now? Hmmm? Read here to see a zillion photos of GOP superstars cozying up to Joshie.

SUPPOSEDLY, according to Huckabee, the judge wanted the report destroyed not to protect Josh, but to protect the victims. Alrighty.

Read the report that’s embedded below. 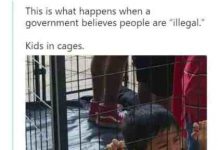