Earlier this week, Andrew wrote a great piece with photos of the nightmarish devices used to restrain and torment the mentally ill in ages past. When I shared his article, one of my friends directed me to this leaflet from the Trans-Allegheny Lunatic Asylum in Weston, West Virginia that lists 86 of the things that could get a person committed and/or admitted to an asylum.

As a lifelong sufferer of clinical depression, I find these topics deeply interesting. Men could have their wives committed for any number of stupid reasons. Had I had a mean hubby and been alive back then, I’d definitely have been locked up! Not just for depression but for my bad behavior and being a “novel reader,” too. (snicker)

Here are the 86 things that could have gotten you admitted or committed:

The way the mentally ill were treated is abominable. Our readers pointed out in response to Andrew’s article that it’s not much better today. That’s not true, though. Not having access to treatment isn’t the same thing as being legally and systematically tortured or held against one will. Nor is it the same thing as one’s husband having the ability to completely lock you away and have you committed for life for something like “time of life” or horniness.

Formerly known as the Weston State Hospital, this West Virginia facility served as a sanctuary for the mentally ill in the mid-1800 s.

Take a tour of this horrible place via the video below. 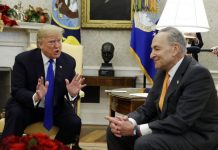