Technology makes life even easier with this new app that records confirmations of sexual consent and saves it in ?cloud storage for 7 years. The app is the brainwork of Michael Lissack, a businessman who got the idea while participating in a debate on sexual assault at Harvard. The app can be downloaded from their site here.

Titled ?We-Consent?, the app captures a 20-second video of the users who consent to sex and saves it in cloud storage. The video is stored for 7 years and cannot be hacked. It is not exposed to anyone other than law enforcement authorities, and universities if they request it. This means that not even the users themselves may access the information, so that misuse of the videos could be avoided.

Along with the ?Yes? app, the website is selling the ?No Means No,? and ?Not Now? apps as well, which are to be used when the other person is not getting the message.

So why is this app a better option than printed consent forms?

Although not foolproof, this could surely help a lot of those who may be prone to scandals. So, in the interest of protecting yourself, and perhaps your partner as well, you should check out this mobile app. 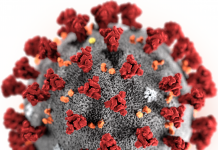