Former Toronto mayor Rob Ford was one of those people that everyone could agree on. A frequent subject of late-night comedy shows, he was ridiculous by any measure.

He first rose to international significance in 2013 when a video of him smoking crack cocaine with alleged gang members was leaked, although he had a long and colorful history with law enforcement prior to the video. He had publicly spoken out against the LGBT community, women, and pretty much every visible minority. His life became such a farce that he was the subject of a video game.

He spoke out against spending money on AIDS because “if you are not doing needles and you are not gay, you wouldn’t get AIDS probably, that’s bottom line…those are the facts.” He was like Canada’s proto-Trump. In fact, Ford endorsed Trump last year.

While many others are remembering him fondly, I disagree with that notion. He was rude, disrespectful to other people and to the law, only followed rules when it suited him, and created a climate of hate and of division.

He physically assaulted several people, including a female coworker. He was nearly removed from office in 2010 for using official city resources to fundraise for his football foundation. After his 2013 crack cocaine scandal, he had most of his mayoral powers stripped and transferred to Toronto’s deputy mayor.

We are in a similar position now as after Antonin Scalia’s death: how do we appropriately remember someone who used their position of power trying to maintain the traditional power dynamic at the expense of vulnerable populations? And while there’s a tendency to have a certain affection for a man who has entertained us with so many ridiculous hijinks, we shouldn’t forget that he hurt a lot of people.

He died of cancer on Tuesday. He was 46 years old.

Featured image is by Shaun Merritt, available under a Creative Commons 2.0 license. 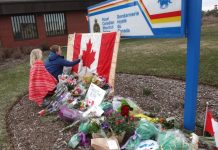 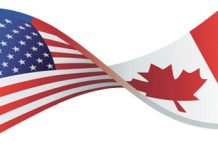