The 2016 Republican National Convention was a cavalcade of crazy from the moment conservatives the nation over began filing into Quicken Loans Arena in Cleveland. But the crazy wasn’t limited to just Trump, GOP delegates, and attendees. Some of it spilled over into the men and women covering the event, most notably Alex Jones of Infowars.com, who felt it necessary to jaunt over to where rival webshow The Young Turks was set up and act like a 5-year-old.

Jones and Roger Stone, a racist, sexist, conspiracy theorist, and avid ally of Republican nominee Donald Trump, just up and invaded TYT’s set. Jones declared he wanted to have a “rant-off” with TYT host Cenk Uygur. Jones then pushed for Stone to crash the set as well.

Uygur was less than pleased, saying:

A heated exchange continued between Uygur and the empty head of Infowars.com, prompting TYT host Ana Kasparian to yell at Jones to “get the fuck off the stage.” Jones answered by accusing Kasparian of being part of a Saudi Arabian “jihad,” which prompted Uygur to get up, remove his earpiece, and get ready to throw down.

Anyone expecting a brawl between the hosts of two of the largest political webshows was disappointed. Uygur and Jones were separated before the altercation transitioned from verbal to physical.

Jones took to Infowars.com to tell his side of the story, which is about as accurate as a football leaving Tim Tebow’s hand. His “article” spun the incident into something one would read in a tabloid, saying that Uygur had an “emotional breakdown” after he was presented with a shirt emblazoned with Bill Clinton’s face and the word “rape.”

Alex Jones claims he was invited on TYT’s set, which they vehemently deny. If Jones was invited, it was probably by the lizard people who have infiltrated the government and the media. 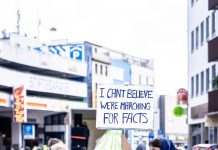 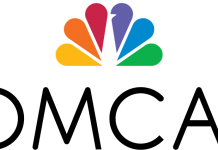