Fairfax Mayor Scott Silverthorne doesn’t seem to know how the law works. It’s either that, or he think the law doesn’t apply to him.

Either way, he’s learning now that the law applies to everyone. Even a mayor.

After losing his job, battling neck cancer and a fighting a tough reelection battle in the last 18 months, Mayor Silverthorne is now facing drug charges. In the past 24 hours, various outlets reported that these charges stem from a drugs-for-sex sting operation conducted by the Fairfax Police Department.

He faces charges of felony distribution of meth, and a misdemeanor charge of possession of drug paraphernalia.

This arrest comes on the heels of an investigation that the Fairfax Police Department conducted on its mayor. In late July, police received a tip from a concerned citizen stated that the Fairfax mayor may have used online methods to exchange drugs for sex with other men. The website where this allegedly took place was named to police, who wasted no time in setting up an undercover police officer on the site.

Police Captain Jack Hardin spoke at a press conference today and explained how the operation unfurled.

“We had information on what the mayor [Scott Silverthorne] was looking for, what types of activities [he wanted to engage in].”

Apparently, Silverthorne took the bait and began communicating with the officer. After a few conversations, the mayor allegedly discussed a transaction of meth for sexual encounters with the undercover police officer.

The two arranged a meeting with other men at the Crowne Plaza Hotel on Thursday for drugs and group sex. Silverthorne confessed to the charges at the site and was subsequently arrested.

In addition, McLaughlin separately faces a charge of felony obstruction of justice.

Due to Silverthorne’s arrest, the city has appointed Councilman Jeff Greenfield as acting mayor. There is no word on whether or not Silverthorne will step down from his position. The city did, however, released a statement that refers all media to contact Silverthorne’s attorney, Brian Drummond, for further comment.

Acting mayor Jeff Greenfield released his own statement that read, in part:

“The City of Fairfax City Council appreciates Mr. Silverthorne’s longstanding dedication to the community. The community has benefitted from his dedication and his vision for making Fairfax an excellent place to live and work.”

Consequently, this arrest comes as a huge blow for a man who just won his third term as Fairfax mayor this past June. The office runs in his family, as his father, the late Frederick Silverthorne, also served as Fairfax mayor in the 1970s. Prior to his appointment as mayor, Scott Silverthorne served nine full terms on the City Council. He also acted as a substitute teacher for Fairfax County Public Schools, a position he no longer holds.

Somehow I doubt his father would be proud of his son using drugs as a way to have casual sexual encounters.

Watch the full press conference on Scott Silverthorne and his arrest below:

And here’s some extra information via Inside Edition: 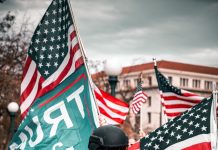