Former New York Congressman Anthony Weiner is being investigated by child welfare officials after he was found to be sending sexually-charged selfies with his young son lying next to him.

The New York Post broke the news that Weiner sent the photo earlier this week. They cite a government source, who has claimed that the Administration for Children’s Services has launched a probe. This comes after ACS visited Weiner at his New York City apartment on Tuesday.

Huma Adedin, Weiner’s wife, stood by him throughout his last scandal. She was quoted as saying the following in response to the latest situation:

“After long and painful consideration and work on my marriage, I have made the decision to separate from my husband. Anthony and I remain devoted to doing what is best for our son, who is the light of our life. During this difficult time, I ask for respect for our privacy.”

The statement was released by the Clinton campaign on Monday.

Weiner’s son Jordan is 4-years-old. The ACS protocol requires a home visit within 48 hours in order to ensure the welfare of the child. However, it remains unclear as to whether ACS gained entry to the Union Square apartment when they showed up Tuesday morning.

Weiner Said He Had Not Been Visited Or Interviewed By ACS

Neither did he return a request for comment later on Wednesday after The Post confirmed the probe from his latest online indiscretion.

Weiner’s career in politics floundered after the initial 2011 sexting scandal, and things have only gotten worse. In 2013 his comeback bid for mayor also fell apart after another sexually explicit image issue, where he used the pseudonym “Carlos Danger”

The Latest Woman Has Been Described As A Busty Brunette

She spoke to The Post on condition of anonymity, providing the photographs used in this article. In her statements, she claims that she never met Weiner in person, despite his repeated invitations.

The woman also provided screenshots of their conversation in which Weiner calls his son a “chick magnet”.

He also told the woman about his lack of action in his marital bed, claiming that he and his wife only had sex once every two months.

This could have something to do with Adedin being Clinton’s closest friend and advisor, having worked for the Democratic nominee for the majority of her adult life. In her recent profile for Vogue, Abedin was described as “the engine at the center of Clinton’s well-run machine.”

He and the busty brunette discussed politics…

The final straw was the outrageous crotch shot, which prompted Abedin, 41, to announce she was leaving the sext addict. The announcement came a few hours after it was exclusively published by The Post.

Weiner started this latest bout of sexting in January 2015, revealing to the woman had his marriage was “busted.” This was closely followed by a conversation on how sex starved both he and the woman were.

In an email to The Post, Weiner admitted his online relationship with the woman, claiming they “have been friends for some time.”

Will The Sexting Stop?

The woman told The Post that she thought Weiner was a “broken” man.

Watch this video for more: 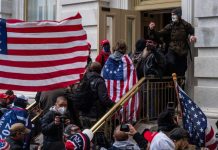