Today is the 15th anniversary of the horrible attack on the World Trade Center in New York City, September 11, 2001. It was a day that has defined the last 15 years of this country’s history, and social media will be filled with memorials as we all mourn the loss of life and innocence that took place that day. I , like most of my generation, remember that day well. I was teaching a high school speech class in rural Arkansas, and instead of shielding my students from it, we turned on the TV and cried together. I answered their questions as best I could, and many parents came to pick up their children early, because even in rural Arkansas the fear that none of us were really safe was very real. What it meant to live in the land of the free changed forever that day, and none of us have ever felt completely safe on our home soil since then.

As it does in all times of turmoil, religion has gained momentum in the years since that attack. Whether you are an “end of times” Christian and believe that terrorist attacks are proof that we are living in the Book of Revelation and everything around you is a possible anti-Christ or mark of the beast, or if you believe the Book of Revelation doesn’t reference the future, but rather is a depiction of the “end of times” being experienced by the Jewish people who were living under the Whore of Babylon, the Roman Empire, and writing about their own sufferings, or maybe you simply reject the entire idea of the Bible as an inspirational work and instead believe that it has brought nothing but conflict in the last 2000 years, the belief you have was likely intensified by the events of that day. There are more books, articles, and speakers both condemning the Bible as a hoax and upholding the Bible as the inerrant word of God today than ever before.

As a pastor in the rural South, I am often told that I have to be careful how open I am about my true beliefs or I might alienate those in my church with more conservative views, yet other pastors are perfectly safe to post about, preach about, and write about any level of hatred and judgement they want without fear of any retribution. Maybe that’s why so many in the world have a negative view of this faith I have which goes by the name Christianity. If we want to change the image of our faith, we are going to have to speak out and live our true belief boldly in order to take it back from those who have buried it in negativity and fear.

Let me be clear.  I do not care if they believed in the Bible. I do not care how they prayed, what name they used to represent God.  or even if they believed in God at all.  In that moment, these men and women, reaching out with love and help and sacrifice were being the hands and feet of a Christ-like humanity which is the true meaning of Christianity to me. I do not care what you call it.  If you live your life according to the principle that loving and helping your fellow man is the greatest purpose we have, you are living out my faith. If you work to find inspiration in life and to share joy on earth, you are living out my faith.  I don’t need you to look like me, speak like me, pray like me, or have sex like me; if you believe that we are a better people when we love and cherish, rather than hate and judge, you are exactly what Christianity means to me.

Not one captain on those boats held up a sign that said ‘no homosexuals allowed here.’ No one turned away a child because their parents may have entered this county illegally. And no one refused passage to any woman simply because she was wearing a hijab. They were boats of mercy, and love, and acceptance, and bravery, and that, folks, is what Christianity means to me.

Kim Davis, Mike Huckabee, the Duggars, Westboro Baptist Church, and the Robertsons of Duck Dynasty may get more media coverage, but that does not mean they represent a true Christianity. In the rural churches of Arkansas, in the deserts of Pakistan, in the jungles of the Congo, and in the mountains of Peru, people all over the world follow holy books and prophets, or have no holy books at all, but they are inspired to love, to reach out, and to change the world in positive ways. Wherever they are, in every act of kindness they live out, they are exactly what Christianity means to me.

31 “When the Son of Man comes in his glory, and all the angels with him, then he will sit on the throne of his glory. 32 All the nations will be gathered before him, and he will separate people one from another as a shepherd separates the sheep from the goats, 33 and he will put the sheep at his right hand and the goats at the left. 34 Then the king will say to those at his right hand, ‘Come, you that are blessed by my Father, inherit the kingdom prepared for you from the foundation of the world; 35 for I was hungry and you gave me food, I was thirsty and you gave me something to drink, I was a stranger and you welcomed me, 36 I was naked and you gave me clothing, I was sick and you took care of me, I was in prison and you visited me.’ 37 Then the righteous will answer him, ‘Lord, when was it that we saw you hungry and gave you food, or thirsty and gave you something to drink? 38 And when was it that we saw you a stranger and welcomed you, or naked and gave you clothing? 39 And when was it that we saw you sick or in prison and visited you?’ 40 And the king will answer them, ‘Truly I tell you, just as you did it to one of the least of these who are members of my family,[a] you did it to me.’ 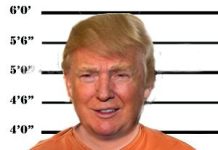