Headlines buzzed Monday morning with the news that President-elect Donald Trump was backing off his threat to prosecute former Secretary of State Hillary Clinton. Of course, he may have backed off when he realized that he never had the power to do so in the first place.

Legal experts were aghast in October when Trump said “you’d be in jail” to Clinton, after she said it’s a good thing someone like him wasn’t in charge. I covered this statement here at Liberal America at the time, as did many other outlets.

Laurence Tribe, professor of Constitutional Law at Harvard University, said this to Fortune:

“Under the laws and Justice Department regulations governing federal prosecution, a President Trump would not have legal authority to direct the Attorney General to appoint a special prosecutor to ‘look into’ Hillary Clinton’s email situation or the Clinton Foundation or anything else. That’s not within a President’s power.

The only precedents for the kind of vow Trump made in last night’s debate are to be found in dictatorships and banana republics, not the United States.”

Of course, one of the cornerstones of Trump’s campaign were the fervent cries of “Lock her up!” These cries were even led by Lt. Gen. Michael Flynn (ret.), Trump’s National Security Advisor pick — a man who should know better.

Now that Trump is backing off from his campaign promise to prosecute Clinton, many on the right are livid.

They shouldn’t be, though. Because he never had the authority to prosecute her, appoint a special prosecutor, or “lock her up” in any way, shape, or form. He doesn’t have to power to make the choice at all. 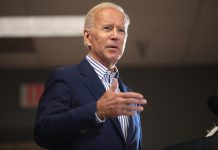 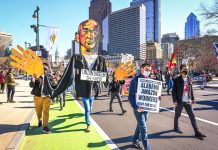