On Thursday, Donald Trump gave his first extensive interview since he took office. It was with David Muir of ABC News and for an hour the illegitimate head of state went on endlessly about his bogus claims of voter fraud, how the crowd for his inauguration was much larger than reported, and other matters which are only of concern to megalomaniacal narcissists.

Right after the interview aired, actor and activist Rob Reiner posted this on Twitter:

Just watched all of David Muir's interview with our president. There's no other way to say this, he's out of his fucking mind. God help us.

Along with liar,racist,misogynist,fool,infantile,sick,narcissist-with the Muslim ban we can now add heartless & evil to DT's repertoire.

First of all, allow me to personally thank Rob Reiner for saying exactly what we’ve all been thinking during Trump’s first week in office with one draconian executive order after another, each designed to install far right fascism across the United States.

Secondly, despite the unswerving loyalty of brainwashed Trumpkins, what Reiner said is not only true, it simply cannot be refuted with any factual standard. Those who love Trump don’t care for facts; they much prefer to traffic in emotions such as fear and hatred. Or they’ll wrap it all in a neat package and attempt to stamp the imprimatur of God, declaring that a completely godless man is doing God’s work and is their modern-day savior.

Others Twitter users joined with Reiner and expressed their thoughts about Trump:

@craigzadan yes indeed. But before God steps in, we better #resist and help, or it will be too late.

My 12 year old left the room and stated: "George (our dog) is better equipped for the presidency."

It's past the point of being funny. It's downright TERRIFYING.

He's a snake. An that's an insult to snakes.

He's absolutely insane and the GOP doesn't care as long as he keeps signing those executive orders and they get what they want.

The mind reels at the thought of what will transpire in week two of this madman’s reign. But the resistance is growing and each of us has a role to play in it. 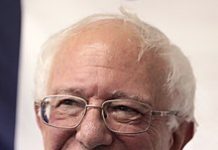 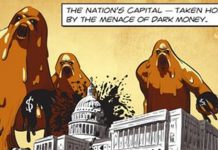 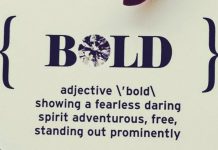