Did you enjoy the weather during the waning days of February? It was the dead of winter, and temperatures in the Northeast were in the seventies. Chicago made it through January and February without any snow. Hot, dry air from the Mexican plateau brought 94 degrees to Oklahoma and 80 to Denver, Colorado. Historic rainfall and snow fell in California. Ski resorts broke a 50-year record with more than 500 inches of snow in the Sierra Nevada mountains.

Get used to it. This abnormality is the new normal.

However, before we rejoice in the prospect of winters more favorable to skiers, and longer weather for shorts and t-shirts, let’s acknowledge the elephant in the room: it’s dangerous for the climate to behave like this. When natural cycles are out of sync with each other, we all pay.

As we speak, there are mechanisms that Donald Trump’s administration is putting in place that could exacerbate the wrath of climate change and spell ecological disaster for the entire world.

President Obama included the United States as a signatory to the Paris Climate Agreement that went into effect just before election day in November. The accord’s objective is to bolster the global response to climate change by keeping temperatures below two degrees Celsius above pre-industrial levels, and to pursue efforts to limit temperature increase to 1.5 degrees Celsius. It also aims to strengthen countries’ abilities to deal with the climate change’s impacts.

Donald Trump, however, believes climate change is a “Chinese hoax,” and, according to multiple sources, is “definitely” pulling out of the Paris Climate Accord.

“The U.S. will clearly change its course on climate policy. Trump has made it clear he will withdraw from the Paris Agreement. He could do it by executive order tomorrow or he could do it as part of a larger package. I have no idea of the timing.”

Let’s also not forget the new EPA Administrator is Scott Pruitt, who tried suing the EPA for regulations on carbon emissions and water pollution. He is now in charge of environmental policy, and has made it abundantly clear he plans to roll back regulations in favor of corporate profits.

Unseasonably warm temperatures means upsets in complex relationships between animals and their environments. Hibernating animals risk being deprived of early-spring food sources. Due to melting snow, animals that rely on seasonal camouflage, like snowshoe hares, will retain their winter coats in the spring, making them easier prey.

This is more than just a matter of having flowers and trees bloom earlier, and seeing some new animals around our homes. This impacts us agriculturally, economically, and medically. How and where we acquire food, the prices we pay for food, and where we choose to live hang in the balance. Conditions conducive to disease have a greater chance of thriving. Allergy season may not only begin earlier and last longer; allergies could also manifest into more serious infections and illnesses.

Unpredictable weather is an immigration issue, too. When farmers are unable to effectively cultivate crops because the normal seasonal behavior upon which growers depend is disrupted, many will choose to migrate to more hospitable settings. The likelihood of territorial disputes increases as those who have resources suddenly find those resources scarce, and governments are placed in the position of having to provide for more with less.

More moisture in the air means an increase in intense storms. Winds are picking up, temperatures are wildly fluctuating, our food sources are strained, invasive species are beginning to appear, and our government is acting like it’s 1969 when the Cuyahoga River in Ohio caught fire. At this rate, the only ones left will be the fabulously wealthy and corporations that can afford to shield themselves from weather’s wrath. Perhaps that’s the goal. 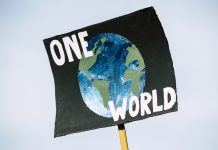