It’s getting ugly out there. White cops killing unarmed Black men, the necessary removal of our Confederate monuments, the “free speech” event at Berkeley turning violent, and the terrorist attack by a white nationalist at the Charlottesville rally in Virginia just a few weeks ago… What is going on here?

The reason for racism is clear. White men are terrified that they are inferior to Blacks. Do they have reason to be so afraid? Maybe. Could that be why many police officers seem to have a subconscious drive to kill the Black man while letting the white guy go unscathed? Possibly.

What really gets me going is the denial white people impart on this issue.

A Black man has to be careful reaching for a wallet or a phone at the request of a police officer. Some have lost their lives over it.

And if a Black man so much as raises his voice or questions a cop’s authority? That’s a tazing, and possibly being beaten to a pulp at minimum, whereas a white dude can be in a full-fledged rage, swinging a gun around. A real gun mind you — not the nonexistent firearm the officer thought the Black man was reaching for before he shot him in the head.

And still, the white dude comes away without a single gunshot wound to be found anywhere on his body. Oh yeah, and he’s still alive.

But many white people, my own family included, see this as just some Liberal lie to prove racism exists. Goddammit, it not just exists — it’s proportionately so out of balance that it is a national epidemic. This mindset is so deeply seeded too, rooted in fear, and growing so strong it bores through the skulls the bullets from our racist officers choose to ignore.

Everyone knows, even the dumbest white folks in the south, that any and every color has equal cognitive ability… or does it? Maybe whites are even lacking in size there too?

Three-time Nobel nominated anthropologist Philip Tobias (1970) compared seven racial and national groups in a study on brain size/weight in which it was reported that the brain size of American Blacks was larger than any white group, including American, English and French white people.

Now we all know that size isn’t everything… it’s the “motion of the ocean” that counts right? OK then, how does more activity neurologically sound? Seems the fact that American Black people had some 200 million more neurons than American white people might make some waves.

And let’s not forget that “boom boom boom” — you know, the timber of our speech. And even there we attribute the voice of God to a Black man.

Oh yeah, and let’s not forget about the Black cock — because at the base of all of this, it truly is about the dick… and white men sure can be the dickiest.

But it would be rude of us to post an adult film here to prove our point… Instead: 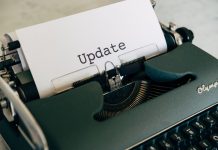