If you’ve been at all paying attention the past year, you know the current occupant of 1600 Pennsylvania Avenue doesn’t really care much about us–unless we’re rich, or part of the 34 percent still holding on to the belief President Donald Trump is a messiah for the ages.

But in case we need another reminder, consider what last Friday was.

It was World AIDS Day, the first global health day established to unite in the battle against HIV and show support for those living with it.

The day before Trump’s inauguration, the White House ONAP webpage looked like this:

About it, AIDS United president and CEO Jesse Milan said:

“We are certainly concerned. There is no appointed Director of AIDS Policy nor is there anyone in an acting director role. The HHS Office of HIV/AIDS and Infectious Disease Policy has been helping to fill this gap, but there is no specific White House leadership on the issue.”

“What once seemed like an impossible dream — the dream of an AIDS free generation — is within our grasp. But we know there is work to do.”

This message was consistent with the Obama administration’s commitment to delineating its HIV/AIDS strategies and reports on the ONAP page.

Those days are apparently gone.

Last Friday, Trump submitted a written–not video–message that neglected to mention AIDS/HIV’s impact on the LGBTQ community and communities of color, which Human Rights Campaign criticized in a tweet.

When The Daily Beast reached out to the administration for clarification, it received the following reply:

“HIV/AIDS afflicts people of all types.”

And it isn’t merely a matter of Trump practicing a different approach from Obama.

Six member of the Presidential Advisory Council on HIV/AIDS (PACHA) resigned because the Trump administration does not apparently believe the issue is important.

How do we know?

Jesse Milan’s group is not waiting for things to improve.

AIDS United is beginning the Southern HIV Impact Fund, which is planning to provide $2.65 million supporting 37 organizations in nine southern states, because, as the Kaiser Family Foundation states:

Although an unfortunate commentary on our current political milieu, more organizations like Milan’s, and state and local governments are circumventing Congress and the White House in order to continue the work they started under  previous administrations.

From climate change to healthcare, the nation and the world are proving they aren’t going to allow Trump to rip the heart out of what makes America great. 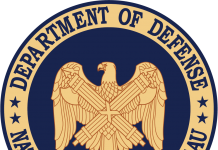 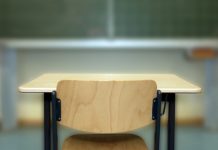