According to the Hungarian police’s website, former Trump White House staffer Sebastian Gorka has an active warrant out for his arrest in Hungary, BuzzFeed News reports.

Gorka, whose exact role in the White House while serving as a deputy assistant to the president was never entirely clear, apparently is in trouble with the law over a charge of ‘firearm or ammunition abuse.’ The warrant, first reported in Hungarian online outlet 444, was issued on Sept. 17, 2016, prior to Trump’s election.

So wrap your mind around this: the ENTIRE time that Gorka worked in Donald Trump’s White House, an arrest warrant was pending in Hungary. That includes when he met with Hungarian Foreign Minister Péter Szijjártó in D.C. in March 2017.

Gorka is a well-documented gun nut. In an interview with Recoil Magazine in November, he shared a photo of his “everyday carry.”

We don’t have a lot of information — YET. Hungarian police haven’t yet responded to BuzzFeed’s request for comment.

The Hungarian police’s website only notes the date it was issued, the charge, and that it was filed with the Budaörs police station in Budapest. 444 noted that the charge could have resulted from an incident as far back as 2009.

For his part, Gorka is like…meh, “don’t waste your time,” adding “I don’t talk to BuzzFeed, thank you.” Like his former boss, though, he was quick to tweet “FAKE NEWSSSSSSSSSSSSSSSSSS”

Did Glenn and BuzzFeed get a #FAKEY award from @realDonaldTrump?

Orrrrrr you could have talked to me when I called you to ask about it and said just that, so I could put it in the story? Also: is that not you on the police website?

Oh and the ignorant Trumpers added their own bit, apparently without reading BuzzFeed’s article or they’d have seen Gorka’s mugshot. I guess the Hungarian police station is “fake news” too?

Fakenews is out of control. You idiots can't even get basic data for lies to coincide with any semblance of reality. If you are going to write fake news…do a better job.

What is it with these stupid news outlets??????

I’ll pay for your airfare to Hungary just to make sure…. ??

Gorka, a former Breitbart national security editor who worked as Trump’s national security aide, “resigned” his White House post in May, 2017. A senior Trump administrator told CNN that Gorka was generating too much controversy for the White House. Also, sources say that he may have not even had security clearance; a background check would have uncovered the Hungarian warrant. Furthermore, reports claim that the Secret Service was ordered to disallow him entrance to the building.

He has quite the shady resume. via UPI:

Gorka has served as a deputy assistant to Trump and has worked on the National Security Council and Steve Bannon‘s Strategic Initiatives Group, which Gorka previously said is a “node of power” for coordinating task forces to collaborate with people outside of government.

Here is a screengrab from the Recoil website. Note that it leaves off his awesome Breitbart gig.

Gorka’s “resignation” was prompted by a letter that leaders of the black, Hispanic, Asian, and progressive caucuses wrote to Trump.

“Americans deserve to know that white nationalists, white supremacists, and neo-Nazis are not in a position to influence U.S. policy. In this time of tumult in our country, Americans deserve a leader that will bring us all together and denounce those who seek to tear us apart.” 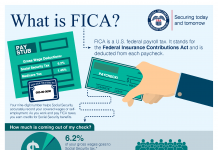 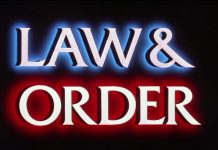