“Those who cannot learn from history are doomed to repeat it.”

This phrase is a popular variation on the original quote first written by author and philosopher George Santayana in his 1905 book titled: The Life of Reason: The Phases of Human Progress; in which the author opined: “Those who cannot remember the past are condemned to repeat it.”

In light of recent events surrounding Donald Trump’s decision to send U.S. troops to the U.S.-Mexico border, re-telling the story of the death of 18-year-old Hispanic American teen Esequiel Hernandez Jr. at the hands of U.S. Troops along the southern border is more important than ever.

On May 20, 1997, during a cloudy afternoon in the border town of Redford, Texas, Hernandez was hard at work herding 43 goats near his family home along the hills of desert and alfalfa fields that ran along the Rio Grande River.

As part of his duties, the young man often carried a .22-caliber rifle to protect his herd from coyotes and wild dogs.

But what was supposed to be just another day of fulfilling a routine family chore soon turned into a national tragedy after Hernandez came across a unit of camouflaged U.S. marines in the area searching for drug smugglers.

Here are some transcripts via a PBS documentary about the incident.

“He’s heading towards us,” Cpl. Clemente Banuelos said. “He’s armed with a rifle, appears to be herding uh … some goats or something.”

“You should remain in your position,” a Marine command responded, “and try not to be seen, but you should know what to do.”

“We’re taking fire,” Banuelos said. Hernandez had shot from across a ravine, the Marines said. When he walked away, the camouflaged Marines followed him.

“As soon as he readies that rifle back down range, we’re taking him,” Banuelos said. From a distance, they tracked the teenager for about 15 minutes. Then, they “inexplicably” rushed toward him, a House report later said. According to the Marines, Hernandez then raised his gun toward them. Banuelos fired his weapon.

According to the Washington Post’s coverage at the time, the teen was shot in the chest by a Marine corporal after he reportedly fired two shots in his team’s direction and was in the process of raising his rifle to shoot again. However, according to Texas Rangers investigating the incident, they did not believe Hernandez ever saw the marines.

The teen bled to death from his wounds after receiving no medical aid.

While the circumstances of Hernandez’s death spurred debate for many years, it also prompted an immediate change in U.S. policy. By July of that year, in the wake of local protests, the Pentagon ceased military patrols of the southern border.

Now more than two decades later, Trump is preparing to send 2000 to 4000 National Guard troops to the U.S.-Mexican border to crack down on drug trafficking and illegal immigration. On Wednesday, April 4, 2018, Trump signed a presidential memorandum directing the Pentagon to coordinate with state governors to put U.S. troops on the border.

A day before Trump’s signing, Rep. Beto O’Rourke (D-Tex.) invoked the 97′ shooting in a tweet criticizing the president’s plans.

This is what happens when we militarize the border. 18-year old Ezequiel Hernandez, U.S. citizen, killed by a U.S. service member patrolling the border. https://t.co/0B3cjzlAEN

It’s a safe bet that Donald Trump has never read a single word written by George Santayana, nor has he given much thought to author’s most famous paraphrased quote.

But for now, let’s just hope Santayana’s prophetic warning doesn’t once again lead to another tragedy; this time due to Trump’s dangerous and unapologetic ignorance. 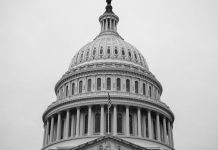 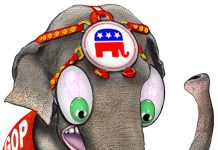