This morning, House Democrats have made a formal announcement of articles of impeachment against Pres. Donald J. Trump. What exactly do they say? We’ve screengrabbed them for you so that you can read them here. You can also download the full PDF of the articles from the House.gov website.

At the end of this article, we’ll provide a bulleted list of key points and an explanation from the articles of impeachment. 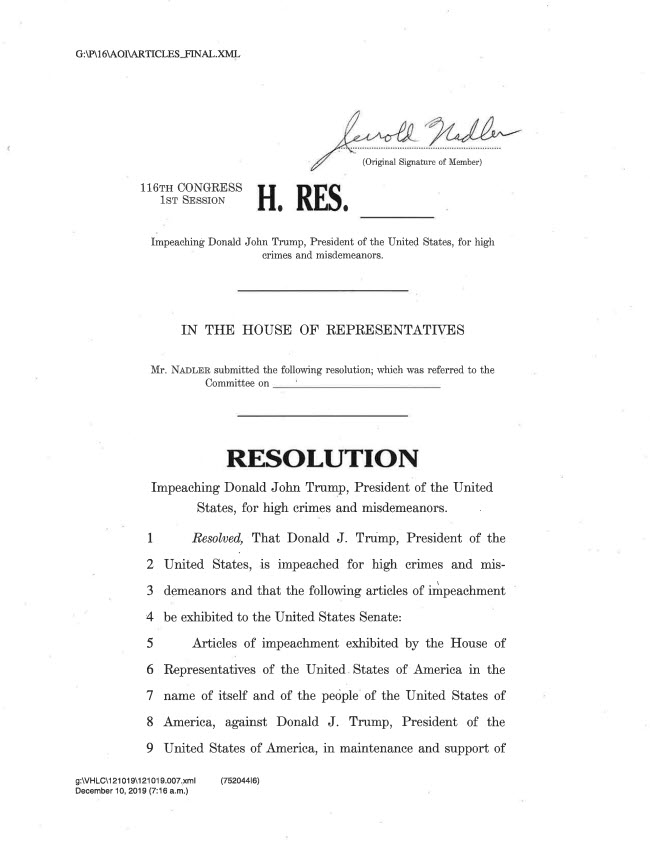 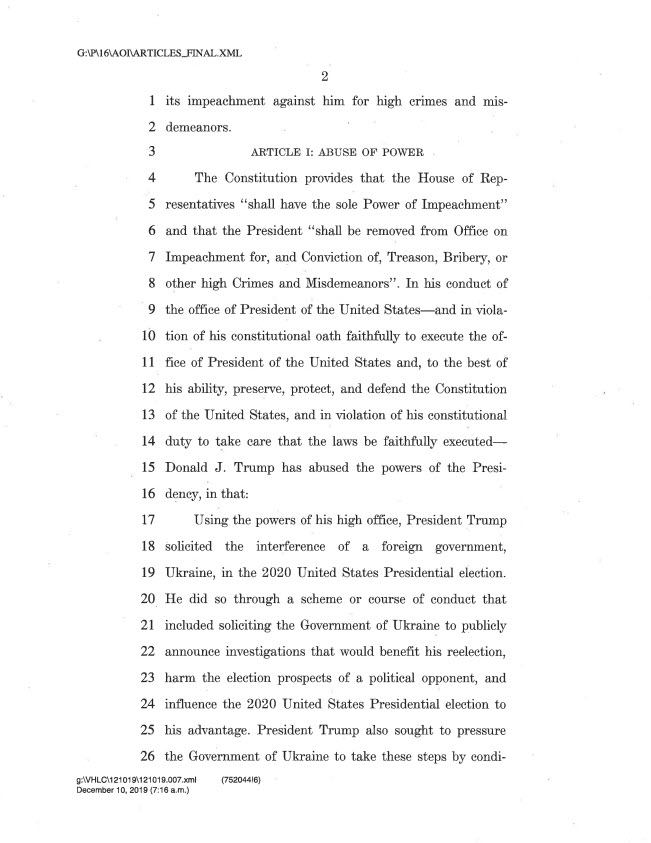 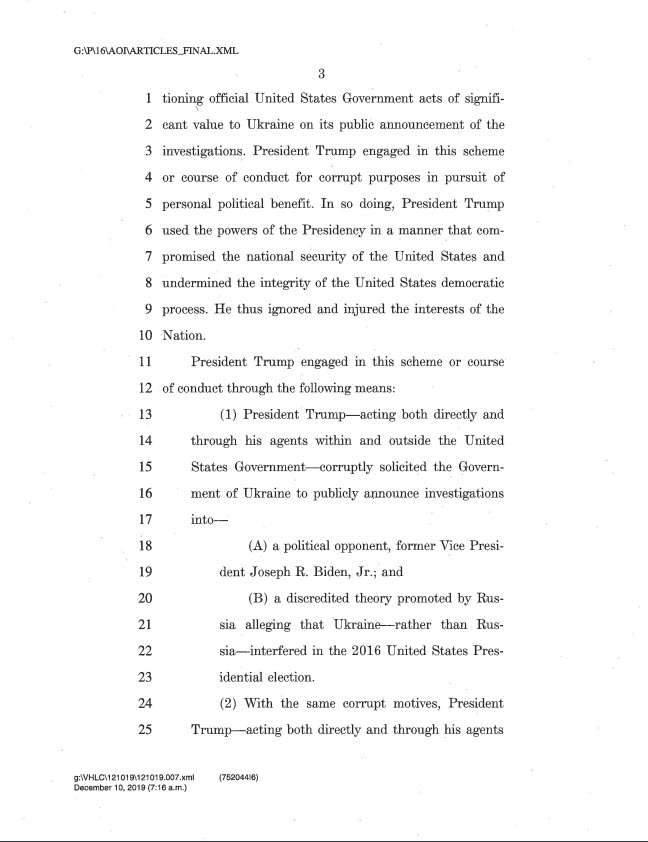 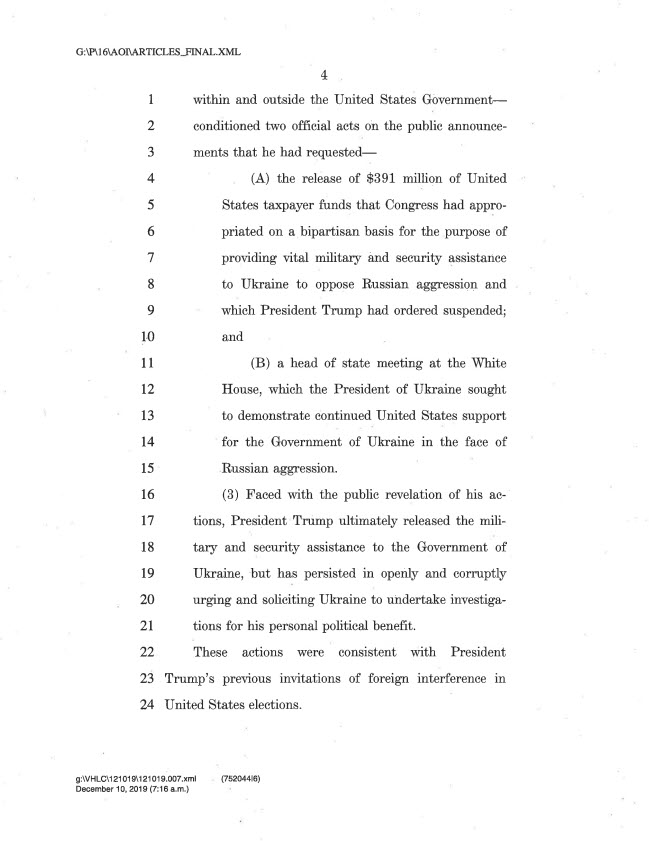 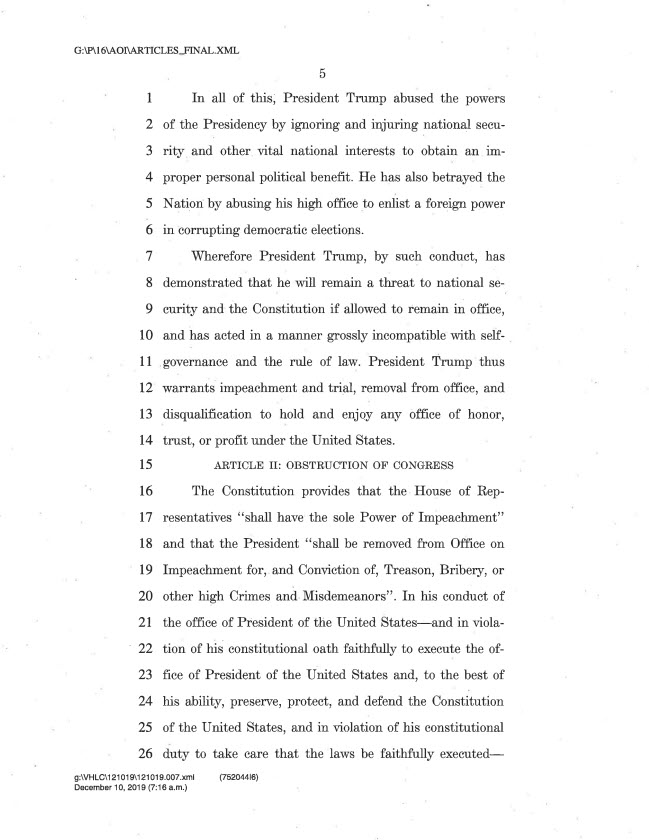 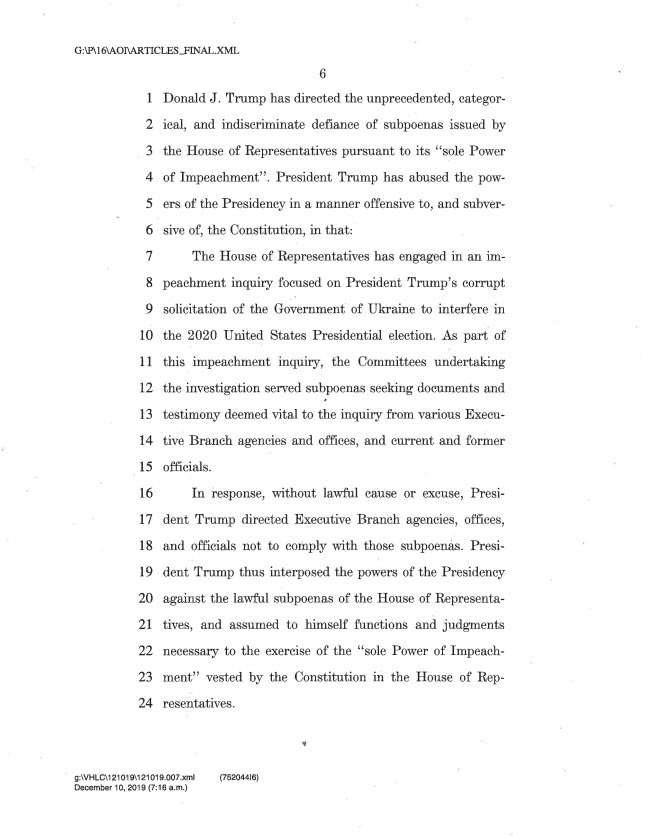 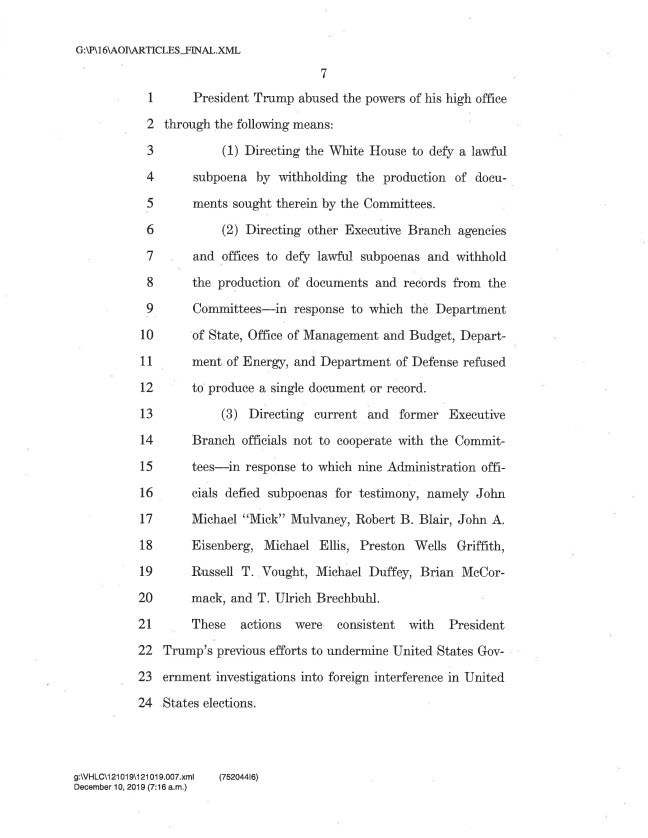 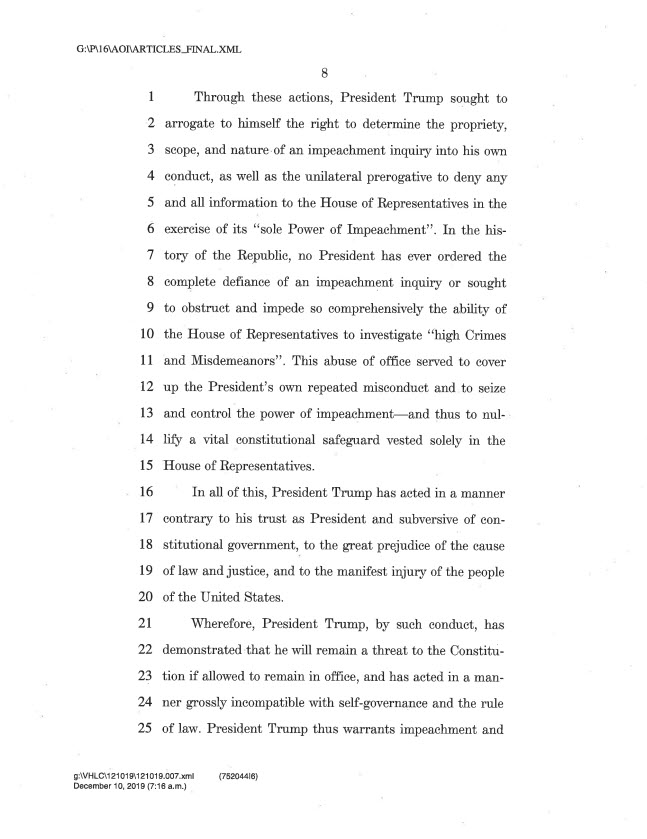 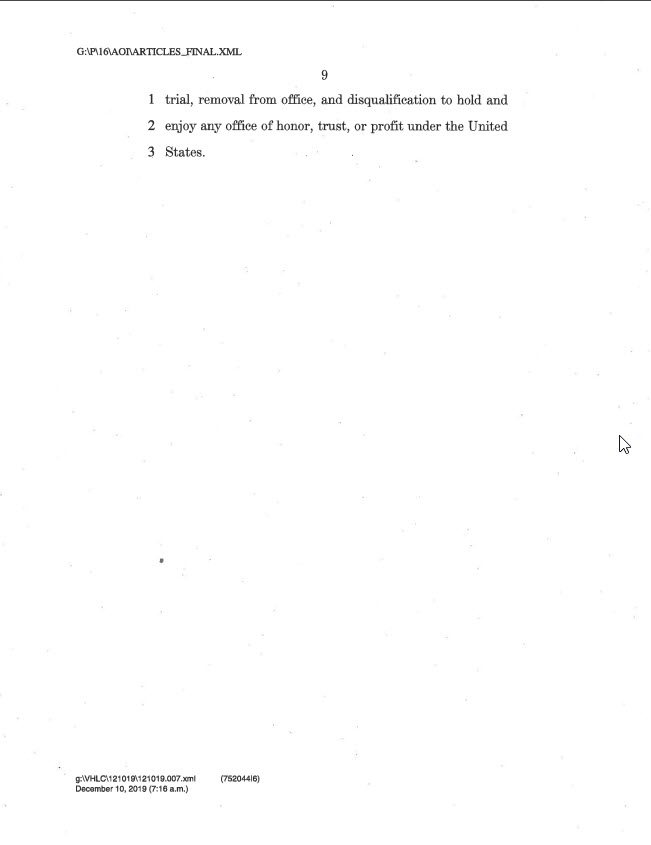 Trump used the power of the office of the presidency to benefit himself. Specifically, the allegation is that he leveraged the White House budget office, the State Department, taxpayer dollars, and his own unique ability to conduct diplomacy to pressure the Ukrainian president to announce an investigation into his political rival, former Vice Pres. Joe Biden and a conspiracy theory that stated that Ukraine and Democrats interfered in the U.S. presidential election of 2020 for the purpose of downplaying Russia’s involvement.

“It is an impeachable offense for the president to exercise the power of his public office to obtain an improper personal benefit, while ignoring or injuring the national interest,” said House Judiciary Committee Chairman Jerrold E. Nadler (D-N.Y.) on Tuesday. “That is exactly what President Trump did when he solicited and pressured Ukraine to interfere in our 2020 presidential election, thus damaging our national security, undermining the integrity of the next election and violating his oath of office to the American people.”

Accused of being unfaithful to his oath of office, Pres. Andrew Johnson was impeached on a narrow allegation of violating the Tenure of Office Act.

No. This broad article of impeachment makes an attempt to encompass the entirety of the allegations against Donald Trump regarding the Ukraine scandal. If there was a narrower impeachment article, it would be easy for the few Republican defectors to act.

“The evidence is every bit as strong that President Trump obstructed Congress fully and without precedent and without basis in law,” said House Intelligence Committee Chairman Adam B. Schiff (D-Calif.) on Tuesday. “If allowed to stand, it would decimate Congress’s ability to conduct oversight of this president or any other in the future, leaving this president or those who follow free to be as corrupt and malfeasant and incompetent as they would like with no accountability.”

Both Clinton and Nixon were accused of obstructing investigations. In Nixon’s article, four instances were cited by the Judiciary Committee that Nixon’s administration “willfully disobeyed” House subpoenas.

In an email to The Fix, Constitutional law expert at Rochester Institute of Technology Sarah Burns clarifies that obstruction of Congress and obstruction of justice are not the same thing. No president has ever been only and specifically accused of obstructing Congress. Trump is the first.

“It seems like a big assertion of congressional power and specifically the power of Congress to investigate the executive,” she said. “That would be bold, in a way we don’t tend to see from Congress — which tends to snipe at the executive from the sidelines and then ask in exasperation what could they do to stop him.”

No. Trump has unprecedented loyalty from key players in the Republican Senate, mostly because Trump’s base supports him. If Trump’s base ever starts to turn against him and his support from the base weakens, you can expect to see Trump’s high-profile defenders start to sway.